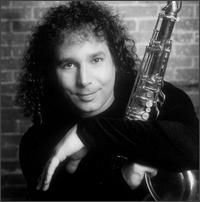 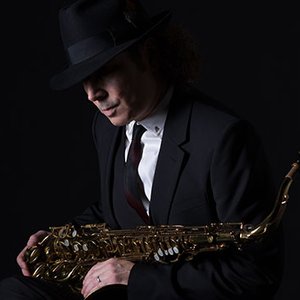 Boney James, (born James Oppenheim, September 1, 1961 in Lowell, Massachusetts) is a saxophonist, songwriter and producer who popularized urban jazz (an updated version of contemporary jazz that contains elements of R&B and hip-hop). He is one of the most successful instrumental artists of our time, with sales totaling over 3 million records.

Boney James is a three-time Grammy Award nominee (Best Pop Instrumental Album, 2001 and 2004, and Best Traditional R&B Performance, 2009 ) and a Soul Train Award winner (Best Jazz Album). He has also been honored with an NAACP Image Award nomination for Best Jazz Album. He has accumulated four RIAA certified Gold records. His current and twelfth CD, Send One Your Love, spent 8 consecutive weeks at #1 on the Billboard Contemporary Jazz charts.
Born in Lowell, Massachusetts, Boney James started his teen years in New Rochelle, New York, as a Motown fan, which has contributed to his "musical influence and soulful R&B style." This R&B influence was strengthened by seven years of touring and sessions as a sideman with artists like the Isley Brothers and Morris Day.
In addition to the Grammy nomination for Best Traditional R&B Performance, in 2009 Billboard ranked him the #1 "Hot Smooth Jazz Artist" as well as the #2 "Top Contemporary Jazz Artist." Send One Your Love was Top 5 on the "Top Contemporary Jazz Album" chart for 50 weeks and was ranked #2 for that chart overall for 2009. He was also the #3 Billboard Contemporary Jazz Artist of the Decade.