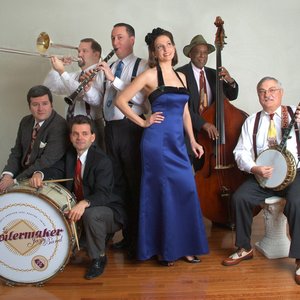 The Boilermaker Jazz Band is a Pittsburgh-based band which plays hot jazz and swing music. The band was formed in 1988 by Paul Cosentino at Carnegie Mellon University. Cosentino performs vocals and plays a 20s-era Albert system clarinet. The band is often accompanied by vocalist Jennie Luvv.

The Boilermakers perform at swing dance events, concerts, clubs and weddings. The band emphasizes maintaining an authentic period flavor, and are also known for a lighthearted, tongue-in-cheek attitude. Notable examples of this include a cha-cha rendition of C is for Cookie, political satire in a parody of Flat Floot Floogie known as Spank Your Monkey, and references to a long-defunct corporate sponsor of Duquesne Brewing Company.

The Boilermakers have proven to be extremely popular among swing dance enthusiasts, being one of the most requested bands of its type, especially on the East Coast of the United States. In fact, dancers will often travel long distances in order to see the Boilermakers for consecutive nights.