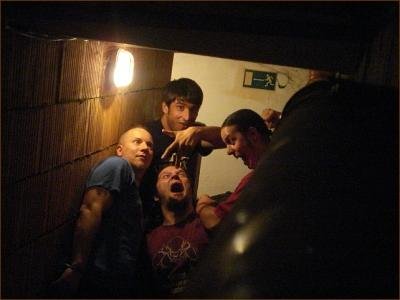 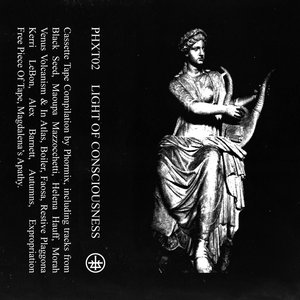 1) Boiler was established in autumn 2006. Previous projects failed due to a grindlock with only three band members remaining: Elu, Marc and Ralf. Later on, they finished up by two when finally Mario from Napalm Entchen ("Napalm Ducky") entered the band. Now the story started to have rhyme and reason. Playing on a concert they caught the attention of a bassist who decided to join them. He does live a little remote.

download your free Promo-CD (click the banner) on http://www.myspace.com/boilerdeathgrind
Their music ranges between a little Death-Metal and much Grindcore.

2) Boiler is a Russian-language rapper from Israel, notable for his humor and unsual rhymes.

3) Boiler was an hardcore influenced nu-metal/alternative metal band which was concieved in the early 90's, residing from Ithaca, NY. The band, was initally a a side project consisting of Will Price, and Marc Mays who were room mates, that began experimenting during jam sessions. Both Marc and Will were involved in different projects at the time, but when they included J. Harman as the third man in their jam session, they being satisfied with the chemistry and sound, agreed to work on this project. During the November of 1994, Boiler, was born.

As they began producing demos, Boiler soon realized that the band was much more sucessful than they have ever anticipated. In light of the of the positive reception, the band, were inspired more than ever to continue on, and perfect their "dirtcore" sound, as they called it. Their work was not in vein, eventually attracting the interest of Mayhem Records, and thus signing a deal. This led to their first full length release "The New Professionals - Rules for Industrial Slammitude and Groovination" in April 1998.

Response to the CD was very positive, and the band saw a surge of support. Notably, within the aftermath of the first album, the band's songs "Roswall" and "Frontin" were featured on the Beavis and Butthead "Do U" video game. Howard Stern was also known for playing clips of the song "Frontin" on his highly acclaimed radio show. In the year after the release, the trio, embarked on a massive touring schedule playing along side acts such as Crowbar, Backstreet Law, and Deist Requim. During this time the band began to further build a healthy fanbase. Furthermore, Boiler was also a part of the prestigious Milwaukee Metal Fest and The Cleveland World Series of Metal in 1998 and 1999, respectively. They served as an opening for major acts such as Bad Religion, BioHazard, Pro-Pain, Testament, Pissing Razors, Stuck Mojo, Dio, Blue Oyster Cult, etc. They during this time covered Pantera's "Mouth of War" which found it's way on the Pantera cover album, called Panther.

In January 2000, Marc decided to leave Boiler to pursue other ventures within his life. With J. and Will still dedicated making the band work, enlisted new member Brian Robarge, who filled in on the guitarist/vocalist duties.On January 17th, the new Boiler was formed, the band's second reincarnation. Subsequently, Boiler, released the EP dubbed "YEE-HAW!!!" in June 2000 (which is noted with the distinction of being the last release with Marc on it). The album featured the band's trademark groove laden "dirtcore", and as an extra bonus included the band's cover of "Mouth of War", by Pantera.

In 2002, they released their final album "Cow Tipping in C Sharp" was released. This marked the end of the Boiler.