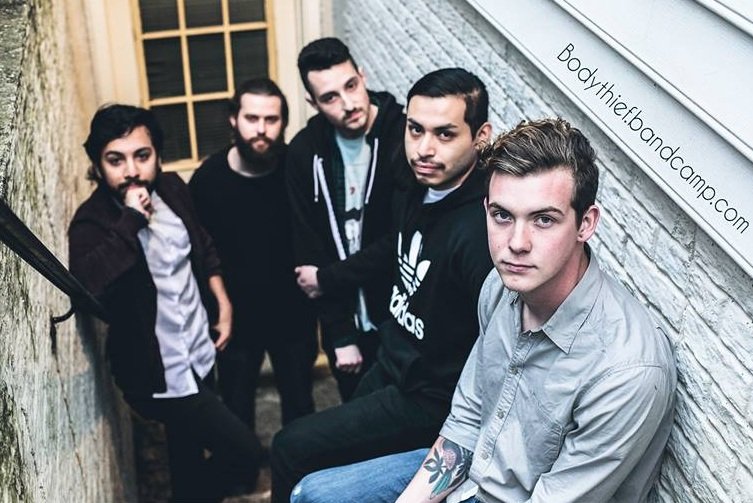 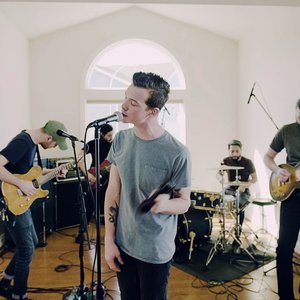 Body Thief: Following the disbanding of Baltimore post-hardcore group Tooth & Claw in 2012, members Sebastian Ramos and Greg Chipkin found themselves with an overwhelming desire create something new; to manifest the same passion for music that had initially brought them together in a musical project that would demonstrate how they had developed personally musically in the time since Tooth & Claw’s breakup. Beginning with an initiative from each member to experiment with new sounds and push each of their individual musical abilities, Ramos and Chipkin recorded three instrumental demos under the name Body Thief, and by late 2013 had completed their lineup in with the addition of Walt Umana on Bass and Daniel Hawkins on vocals. The band began to play shows rigorously around Maryland and D.C., and quickly branched into Virginia, Pennsylvania, and New Jersey as well. By the winter of 2014, the band was scheduled to enter the studio with producer and engineer, Paul Leavitt (All Time Low, Senses Fail, Circa Survive) to record their debut album, Speak in Hibernation.
Musically, Body Thief pairs the post-rock and post-hardcore tendencies of many of their greatest hometown influences with a well-developed musicianship and an ear for sprawling melodies and intense crescendos. On record, Hawkins’ vocals weave throughout the textured instrumentals of Chipkin, Umana and Ramos effortlessly; the highly complicated nature of the music itself doesn’t detract from its accessibility, and instead functions to bring the listener deeper into the captivating melodies and rhythms at play. Their live set replicates this energy, and delivers a totally unique experience for first-time listeners and longtime fans alike. The audience regularly finds themselves on the precipice of a musical tipping point, at which they can just as easily be brought into a frenzied chorus as they can an unpredictable groove.