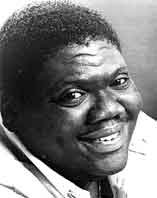 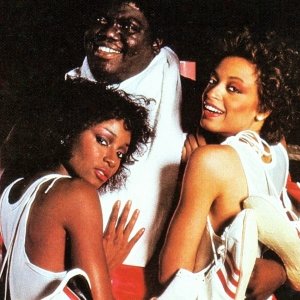 As American disco singer, born in 1954 he outperformed with his hit single 'You Got What It Takes'. It was the first single ever to be eleased on the Dutch disco label "Rams Horn Records".

Bobby originally sang backing vocals and played congas with the group Spectrum Ltd while at high school.
Eventually he took over as lead singer while maintaining a job at the State Department.
Performing one night he met producers Willie Lester and Ronnie Brown who took him to the Prelude label.

Here Lester / Brown wrote and produced his debut album 'You Got What It Takes,' from which 'Check Out The Groove' was a UK Top 10 in 1980.

The album contained Bobby's version of Billy Stewarts classic 'Sitting In The Park'.
'The Main Attraction' followed in 1981 and featured the popular 'Very Last Drop'.

Bobby moved on to Willie Lester and Ronnie Brown's own label Mainline for one album, 'Sweetest Piece Of The Pie', including 'Just Ask Me' and 'Treat Me The Same Way', eventually released in the UK on the Hi Hut label in 1988.

The album featured Al Johnson on keyboards and arrangements.