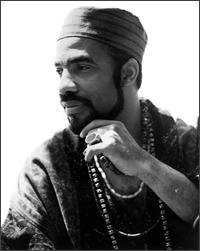 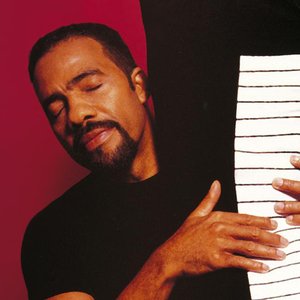 Bobby Lyle is a soul jazz pianist. He was raised in Minneapolis, MN in a fabulous four square home near the corner of Park Avenue and 32nd Street. His first "gig" was at the age of 16 and in 1976 he was hired by Sly and the Family Stone. Others arragements were with with Al Jarreau and Anita Baker. From 1977 to present he has put out fifteen albums.

Also….. there is alot more about him than the info provided above

A flexible pianist and keyboardist, Bobby Lyle has long straddled the boundaries between straight-ahead and more commercial forms of jazz. He grew up in Minneapolis and at age six took piano lessons from his mother, who was a church organist. Lyle played clarinet for a period in junior high school before switching back to piano. He considers Oscar Peterson, Ahmad Jamal, Bill Evans, Erroll Garner, and Art Tatum to have been his early influences. Lyle's first gig was when he was 16 and, after two years of college, in 1964 he became a full-time musician. He spent six years playing locally in Minneapolis and then toured for two years with Young-Holt Unlimited. After returning to Minneapolis for local work (recording a set in 1974 that was released just in Japan), in 1976 Lyle moved to Los Angeles where he quickly got a job with Sly & the Family Stone. After playing with Ronnie Laws, he recorded two solo albums for Capitol. Lyle made guest appearances on recordings by George Benson, Phyllis Hyman, and Esther Phillips and in the early '80s toured with Benson and became Bette Midler's musical director. After two years with Al Jarreau, Lyle recorded a straight-ahead combo date for King (which was reissued as an Evidence CD), conducted for Anita Baker in 1986, and worked with Gerald Albright. In 1988 he began a long association with Atlantic that resulted in the release of six albums between 1989 and 1997, with Pianomagic, a 1991 album of piano solos, being one of the highlights of his career. Bobby Lyle has remained a highly versatile and valuable keyboardist as both leader and sideman during the new millennium, releasing such albums as 2002's Joyful, 2004's Straight and Smooth, and 2006's Hands On on independent labels. ~ Scott Yanow, Rovi