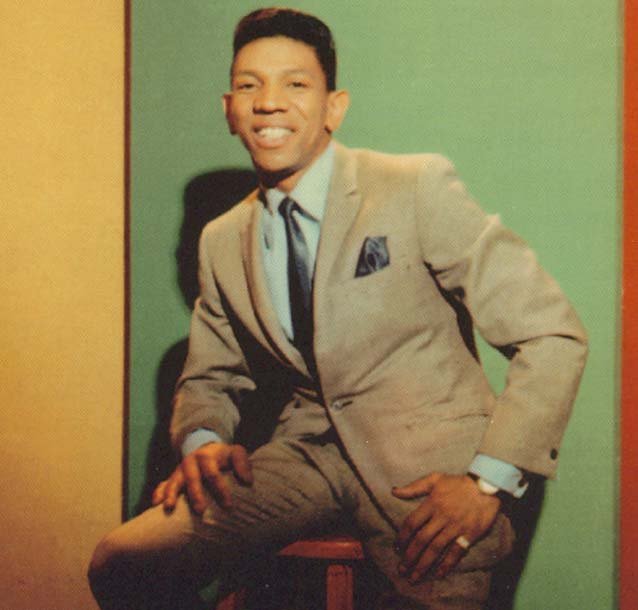 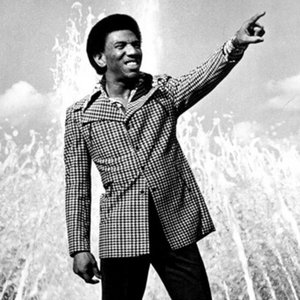 Bobby Byrd was raised in the relative security of a church going family in Toccoa, Georgia. His family were respected members of their congregation and active in supporting their community.
He was active in his local church's gospel choir, The Zioneers and then made a local name for himself in the Gospel Starlighters. It was a time when Church elders disapproved of secular singing so Byrd and the other members of the Gospel Starlighters would leave the state to perform secular material as The Avons. Byrd provided vocals, piano and organ and led a group including: Sylvester Keels, Fred Pulliam, Doyle Onglesby, Nashpendle "Nash" Knox and Nafloyd Scott on guitar.

James Brown and The Famous Flames
In 1952 Bobby Byrd was playing baseball against the inmates of the Alto Reformatory prison team and met the music mad James Brown apparently showing off his singing to other inmates. Byrd befriended him and arranged for Byrd's family to oversee Brown's parole.

It began a personal and professional association that lasted until 1973 and although Byrd had twenty years plus as a solo performer it is his association with Brown for which he is chiefly remembered. Brown was a remarkable tour de force of vitality and personality and within a short time he had not only joined the Avons but he was directing affairs changing their name to The Flames. Byrd recognised early that Brown was unique and that it would be impossible to control him:
'I didn't need him in competition, I needed him with me, that's why I worked so hard to get him over to my group'

The group, with the addition of Johnny Terry and Baroy Scott on bass, moved to Macon, Georgia and signed with the King subsidiary label, Federal. Their first record Please, Please, Please appeared in February 1956 as by James Brown and the Flames, a fact that did not please some members of the band and after just three sessions the original Flames had split. At the final session Byrd and Brown wrote the rhythm & blues dancer 'Can't be the same' the first of many co-colloborations with Brown many of which Byrd failed to gain credit.

The Flames without Brown changed their name to Byrd's Drops of Joy but found the going tough so that when Brown approached them to reform the Flames they agreed. The power within the group was now with James Brown. At this point, The Famous Flames ceased being a vocal/instrumental group, and became a straight vocal group, as there was no need for additional instrumentalists, since Brown, in the interim, had already began to employ his own road band, the old J.C. Davis outfit, which became the first incarnation of the new James Brown Band (now a separate entity from The Flames,who were now all vocalists save for Byrd, who sang and occasionally also doubled on keyboards). Original Flames members Bobby Byrd and Johnny Terry returned, and new Flames members Bobby Bennett and Lloyd Stallworth were added. Original Flames guitarist Nafloyd Scott also returned, and was added to the band.This was in 1958.

Byrd also recorded many solo funk tracks, most famously "I Know You Got Soul" (1971), which have been sampled by musicians including Public Enemy, Eric B. & Rakim, Ice Cube, LL Cool J and A Tribe Called Quest.
He was the original leader and founder of The Famous Flames, the vocal group with which James Brown first became famous. Byrd is actually the man who discovered James Brown.

Byrd and Brown met in a Georgia youth detention facility, where Brown was an inmate. Byrd's local baseball team played the prison team of which Brown was a member. It was Bobby Byrd's family that sponsored his release and took him in afterwards.

Byrd was leader and founder of a vocal group called The Avons when Brown joined in the mid 1950s. The Avons later became The Flames, then The Famous Flames, before they were repackaged with Brown as the frontman. James Brown and the Famous Flames, with Byrd as a member, recorded many hit singles, including "Please, Please, Please","Try Me", "Think", "Bewildered", "Oh Baby, Don't You Weep", "I Don't Mind","Shout and Shimmy" , " I'll Go Crazy", and many more.

Brown and The Flames were also known for their powerful on stage performances across the United States in venues such as the Apollo Theatre in New York, (where they recorded the million-selling Live At The Apollo album) the Regal in Chicago, and The Royal Theatre in Baltimore (where they recorded the 1964 Top 10 live album, Pure Dynamite! Live at the Royal) and on film in the 1964 concert film, The T.A.M.I. Show, where they upstaged The Rolling Stones. Byrd also appeared with Brown and the group in the film Ski Party (1965), Dick Clark's American Bandstand, and twice on The Ed Sullivan Show. Byrd was the only member of The Flames to remain with Brown when the group disbanded in 1968.

In 1993 Byrd released a solo album On the Move on the German record Label, Soulciety Records.

In October 2004 Bobby Byrd's songs "I Know You Got Soul" and "Hot Pants" were featured on the Grand Theft Auto: San Andreas soundtrack, playing on fictional radio station Master Sounds 98.3. In September 2005 his song "Try It Again" appeared on the soundtrack of Indigo Prophecy.

He was married, for many years until his death, to soul singer Vicki Anderson, another James Brown collaborator. His stepdaughter is Carleen Anderson. On September 12, 2007, surrounded by his family, Byrd died of cancer, aged 73 in Loganville, Georgia.

As a long-running right-hand man, Bobby Byrd performed an invaluable function in the James Brown Show, warming up the crowds as a solo singer, then retreating to the sidelines as a member of the Famous Flames, Brown's backup vocal group. Indeed, without Byrd, James Brown may have never made it out of Georgia: in the early '50s, Byrd and his family sponsored Brown's parole from prison, and Byrd gave Brown a spot in his vocal group, the Flames (which, of course, Brown eventually took over and relegated to the background). Like many of Brown's close associates and support musicians, Byrd got a chance to record his own records under Brown's direction, releasing numerous Brown-produced singles between the early '60s and early '70s. Some of these were even modest R&B hits — "We're in Love" (1965) and "I Need Help (I Can't Do It Alone)" (1970) were the biggest, making the R&B Top 20. Brown's backing musicians (and sometimes Brown himself) often figured heavily in the arrangements, and unsurprisingly the tracks often sounded like James Brown records featuring a different vocalist. The unfortunate problem was that Byrd was an average, even nondescript soul singer, sounding much more like a poor person's Sam & Dave than a facsimile of Soul Brother Number One. The records were often fine, the early '70s hard funk singles in particular (which usually featured the JB's cook), but you can't help wondering if they might sound a lot better with J.B. himself on the front line. Still, fans of the James Brown groove will find a lot to like in Byrd's best recordings, in much the same way as they'll enjoy the James Brown's Funky People series of recordings that J.B. oversaw (but did not sing lead on). Certainly Eric B. & Rakim thought so, reworking one of Byrd's best singles (1971's "I Know You Got Soul") so faithfully that legal action ensued. After splitting from Brown in 1973, Byrd recorded sporadically and performed often (particularly in Europe), releasing On the Move in 1994. Actually On the Move was released by TK records in Miami Florida earliier than 1994 with Byrds band the Brass Byrd Band a group from Saginaw Michigan but only two remained with the group from Saginaw at this time Arthur Dixion and Sax player and brother Errol (Earl the Pearl Lovechild) Caviness. Caviness was Bobby's band leader for many years.