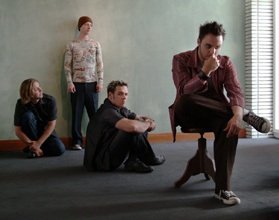 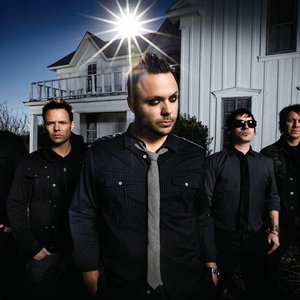 Blue October is an alternative rock band headquartered in San Marcos, Texas, but is originally from Houston, Texas. The band was formed in 1995 when two former high school friends Justin Furstenfeld (lead vocals) and Ryan Delahoussaye (violin/viola, mandolin, keyboards, and vocals), set out to create an alternative rock band that has since gone on to have twelve Top 40 singles across nine studio albums and six albums reaching the Top 40 charts.

Popularized by their platinum-certified album Foiled (2006), which features the hit singles “Hate Me” and “Into the Ocean,” the group has continued to evolve… shifting from a far more pensive sound to one that is more optimistic and reflective of lead singer/songwriter/guitarist Justin Furstenfeld’s transformation—which will also be the focus of his soon-to-be-released documentary film, I Want It.

Once known for their stormy dynamic and self-destructive tendencies, Blue October couldn’t be more distinct from the band it once was, which is why their latest studio album, I Hope You’re Happy, looks to push the envelope even further with a whole new approach. Justin Furstenfeld is quoted as saying "I think Blue October should never be limited to the instruments we have in the band. I’m always about bringing in whoever can play what’s best for the song in. I’m also a huge fan of Peter Gabriel, and if you were to him all you can have is a guitarist a bassist and a drummer, he’d go “what?!” That’s how I feel. We took all the tools we had gotten from working all these kinds of people over the twenty-year span and made a really good album and we’re super proud of it. It’s nice and colorful and positive and universally themed. It’s something you can really sink your teeth into and not get sick of. You can always discover little new secrets about it along the way."

Their latest album, I Hope You're Happy, was released on August 17, 2018 on the band's own Up/Down Records label and was produced by Justin Furstenfeld and engineer Eric Holtz.