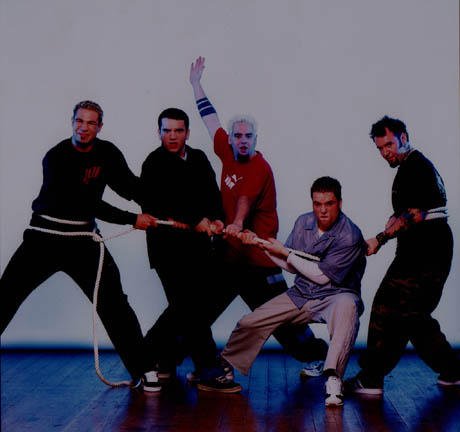 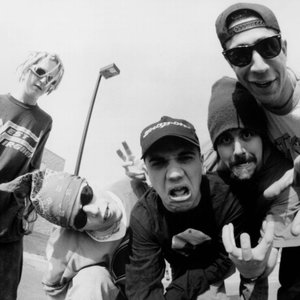 Bloodhound Gang was a satirical American alternative rock band from Collegeville, Pennsylvania, United States, mixing a punk rock sound with hip-hop and electropop. The group formed in 1988, and they originally traveled all over Pennsylvania, with frontman Jimmy Pop having a strong 'Philly accent'. With a penchant for off-color jokes and a taste ranging from toilet humor to observational comedy, they're ironically named after the kid-detective ring on an 80s PBS kids show.

Their 1995 first official studio album, Use Your Fingers, broke them into the mainstream. They have toured constantly. The band is perhaps now best known for their 1999 dance music satire "The Bad Touch" (a top 40 hit in multiple nations such as Australia, Norway, Sweden, and more) and their 2005 pop punk / power pop track "Foxtrot Uniform Charlie Kilo" (also a European hit), along with their 1996 breakthrough song "Fire Water Burn".

Their fifth and final studio album, Hard-Off, was released on December 18, 2015 via bandleader Jimmy Pop's label Jimmy Franks Recording Company. In an interview with the German site Promiflash at the end of 2017, Bass player Jared Hennegan stated that the band had broken up in 2013 after the Ukraine and Russia incidents.

Their official website is http://www.bloodhoundgang.com. It is also known as the Bloodhound Gang Cyber Hate Club. More information is also availible on the group's Facebook and MySpace pages.