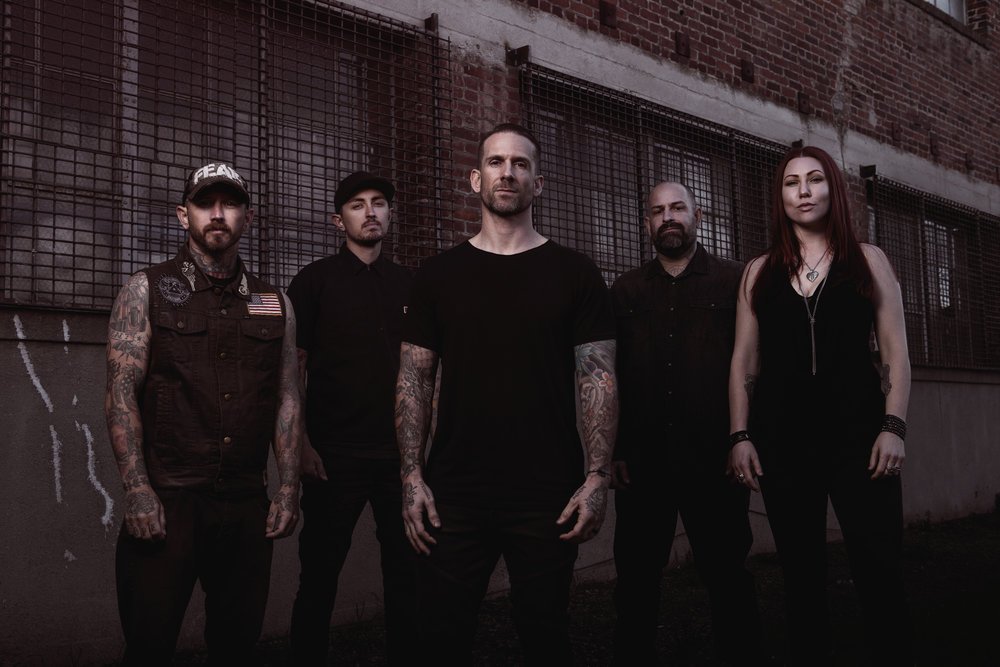 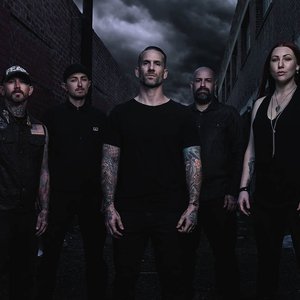 Bleeding Through is a metal band out of Orange County, California, United States and was formed in 1999.

Bleeding Through's successes in the past have been mainly built upon their Trustkill Records debut, "This Is Love, This Is Murderous." The album produced two music videos ( "On Wings Of Lead" and "Love Lost In A Hail Of Gunfire" ) with Spin Magazine calling them an "Artist To Watch", Revolver branding them part of "The Future Of Metal", multiple accolades from Metal Hammer and Kerrang, and the much love from Alternative Press.

AFI invited Bleeding Through to open for them shortly before the album was released, which was then was followed by the band's own Mutilation Tour, Ozzfest 2004, the third annual MTV2 Headbanger's Ball: The Tour (with Cradle Of Filth ), a headlining run on the 2005 Strhess Tour, Warped Tour 2005, and shows in Europe, Australia, and Japan.

"The Truth" is the band's defining album of 2006. Stripped to their core, laid bare, like the artwork suggests - putting everything on the table with such naked honesty and painful catharsis; their bodies threaten to fall apart from the weight of the boiling passion they've laid to record.

In early 2007, guitarist Scott Danough announced he would be leaving the band. He was replaced on tour by Jona Weinhofen from I Killed the Prom Queen. The band has not yet announced their plans for finding a permanent replacement.

In early 2008 the band entered Black Cat Studio in Vancouver, British Columbia to record their latest album Declaration. It was a sudden change of style and showed a different face of the band, dealing with misanthropia and violence and showing a darker, black metal influenced approach to their music. The album was well received but sold poorly, forcing the band to drop out of Trustkill.
As of 2009, Davie Nassie has joined the band and Bleeding Through has joined forces with Rise Records.
Bleeding Through relesed their self-titled album which continued Declaration's style but sold even less copies.
In early 2012 the band released The Great Fire. At the end of the year the band announced that they are splitting up stating that "Bleeding Through was starting to become a hobby, which is unacceptable." After a farewell tour in 2013 Bleeding Through will be splitting up.
On January 3, 2013 the band announced their upcoming tour in Europe would be their last, leading to rumors that the band would be breaking up. This was later confirmed by a post on the band's Facebook page that they would be finished at the end of the year. The band also stated that they would like to set up an Australian tour during the summer and singer Brandan Schieppati stated in a reply to an Instagram comment that the band would have a final U.S. tour possibly starting in September. November 2013 the band announced final west coast dates will take place in 2014.

Former guitarist and founding member Scott Danough played with the band on the final tours in Australia, Europe and the U.S. He was added to the bands current lineup as of July 2014 on their Facebook page, which is lead to believe he has rejoined Bleeding Through. The first show to kick off 2014 was their final appearance at New England Hardcore & Metal Fest at the Palladium in Worcester Massachusetts on April 17. The line up was made up of Brandan Schieppati, Scott Danough, Ryan Wombacher, Marta Peterson, Derek Youngsma and Dave Nassie's final appearance with the band in 2014. In May, the final nine west coast dates were announced with Winds of Plague and Scars of Tomorrow. A majority of the shows the band played were sold out. It was later announced in June that the first three of the west coast dates would be the "This Is Love This Is Murderous" line up which included Brian Leppke on guitar since he hasn't toured with Bleeding Through since 2010. Leppke also played the last two shows at Chain Reaction. Sacramento, Portland and Seattle shows featured Declaration era ex member Jona Weinhofen on guitar. In July another show on August 2 was added at Chain Reaction because the August 3 show sold out fast. The final show was on August 3, 2014. Brandan Schieppati said something may come from the band in the future.

As of 2018, the band is back together and has released "Love Will Kill All."