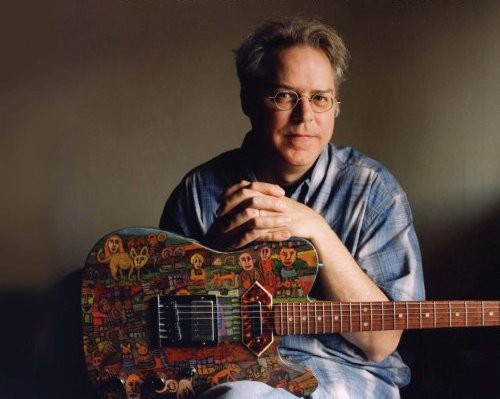 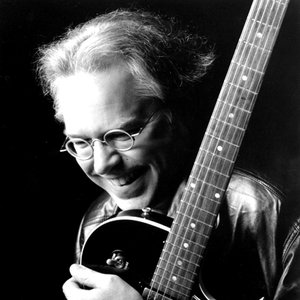 William Richard Frisell (born March 18, 1951) is an American guitarist, composer and arranger. One of the leading guitarists in jazz since the late 1980s, Frisell came to prominence as a stalwart for ECM Records. He went on to work in a variety of contexts, notably as a member of the New York City Downtown Scene where he formed a long partnership with John Zorn. He was also a longtime member of Paul Motian's groups from the early 1980s until Motian's death in 2011. Since 2000, Frisell's eclectic output as a bandleader has emphasized folk, country music, and Americana.

Frisell was born in Baltimore, Maryland, but spent most of his youth in the Denver, Colorado, area. He studied clarinet with Richard Joiner of the Denver Symphony Orchestra as a youth, graduated from Denver East High School, and went to the University of Northern Colorado to study music.

Frisell's first group to receive much acclaim was a quartet with Kermit Driscoll on bass, Joey Baron on drums, and Hank Roberts on cello (later slimmed down to a trio when Roberts left). Many other albums with larger ensembles were recorded with this group as the core.
In the 1980s Frisell lived in New York City and was an active participant in the city's music scene. He forged an early partnership with John Zorn—including as a member of quick-change band Naked City—and performed or recorded with many others. He also became known for his work in drummer Paul Motian's trio, along with saxophonist Joe Lovano.

In 1988 Frisell left New York City and moved to Seattle, Washington. In the early 1990s Frisell made two of his best-reviewed albums: first, Have a Little Faith, an ambitious survey of Americana of all stripes, from Charles Ives and Aaron Copland (the entirety of Billy the Kid) to John Hiatt (the title song), Bob Dylan ("Just Like a Woman") and Madonna (a lengthy, psychedelic rock-tinged version of "Live to Tell"); and second, This Land, a complementary set of originals. During this time he performed with many musicians, including the more up and coming, such as Douglas September on album 10 Bulls. He also branched out by performing soundtracks to silent films of Buster Keaton with his trio, and contributed to Ryuichi Sakamoto's album Heartbeat.
In the mid-1990s, Frisell disbanded his trio. He continued the trend marked by Have a Little Faith by more explicitly incorporating elements of bluegrass and country music into his music. His friendship with Gary Larson led him to provide music for the TV version of The Far Side (released on the album Quartet along with music written for Keaton's Convict 13). Since 2000, Frisell has lived on Bainbridge Island, Washington, near Seattle.

Several of Frisell's songs, including his recording of "Over the Rainbow" and "Coffaro's Theme", were featured in the movie Finding Forrester (2000).

In 1999, Frisell was commissioned by the Walker Art Center in Minneapolis, Minnesota to compose Blues Dream, which he premiered on November 15, 1999. He later recorded the work for a 2001 release on Nonesuch.
Also in 1999, he released The Sweetest Punch which featured a seven-piece jazz ensemble reworking the tunes written and recorded by Elvis Costello and Burt Bacharach on Painted from Memory.
Between 2003 and 2005 Frisell acted as musical director for Century of Song, a series of concerts at the German arts festival RuhrTriennale (produced by Lee Townsend). Frisell invited artists including Rickie Lee Jones, Elvis Costello, Suzanne Vega, Arto Lindsay, Loudon Wainwright III, Vic Chesnutt, Van Dyke Parks, Buddy Miller, Ron Sexsmith and Chip Taylor to perform their favorite songs in new arrangements.
In 2003, Frisell's The Intercontinentals was nominated for a Grammy award; he won the 2005 Grammy Award for Best Contemporary Jazz Album for his album Unspeakable. His 2008 album, History, Mystery was nominated for a 2009 Grammy award for Best Jazz Instrumental Album, Individual or Group. Frisell was also a judge for the 6th annual Independent Music Awards to support independent artists' careers.
Frisell has united with Matt Chamberlain, Tucker Martine, and Lee Townsend in the Floratone band, and they have released an album on Blue Note (2007), featuring guest performance of Viktor Krauss, Ron Miles, Eyvind Kang.
In 2008, Frisell performed as a featured guest on Earth's album The Bees Made Honey in the Lion's Skull.
In 2009, Frisell featured in a duet rendition of Leonard Cohen's "Hallelujah" with singer-songwriter, Sam Shrieve. The recording was released on Shrieve's debut album Bittersweet Lullabies.
In 2010, Frisell started working with the Savoy Jazz label and released Beautiful Dreamers in August 2010, then a second release of Sign of Life in April 2011. Also, on January 25, 2011, Bill Frisell and Vinicius Cantuária released Lágrimas Mexicanas on the E1 label.