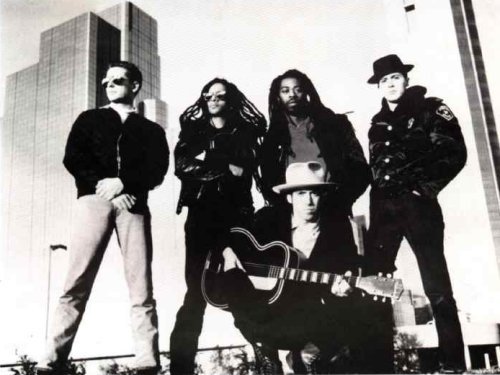 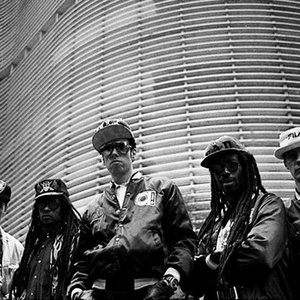 Big Audio Dynamite (later known as Big Audio Dynamite II and Big Audio, and often abbreviated BAD or B.A.D.) is an alternative rock band which formed in 1984 in London, England by the ex-guitarist and singer of The Clash, Mick Jones. The band blends elements of punk rock, reggae, hip-hop, electronica and rock into their own style of music.

The group's initial incarnation, founded by Jones and film director Don Letts once played in Basement 5 (maker of The Punk Rock Movie, various Clash music videos, and later the Clash documentary Westway to the World), debuted with the 1985 release This Is Big Audio Dynamite. 1986's No. 10, Upping St. reunited Jones for one album with former Clash-mate Joe Strummer who co-produced the album and co-wrote a number of songs, but that reacquaintance soon ended. BAD supported U2 on their 1987 world tour, then followed with 1988's Tighten Up Vol. '88 and 1989 Megatop Phoenix. BAD supported U2 on the leg of their 1992 Zoo TV Tour that included Australia, New Zealand and Japan.

The band changed their name to Big Audio Dynamite II for the 1990 album "The Globe", when
Don Letts, Greg Roberts and Leo Williams left to form the band Screaming Target (and later Dreadzone) and changed the name once more to Big Audio for 1994's "Higher Power". The band returned to the Big Audio Dynamite name in 1995 for the albums "F-Punk" (1995) and "Entering a New Ride" (1997) before ultimately disbanding in 1997. The band reunited in 2011.