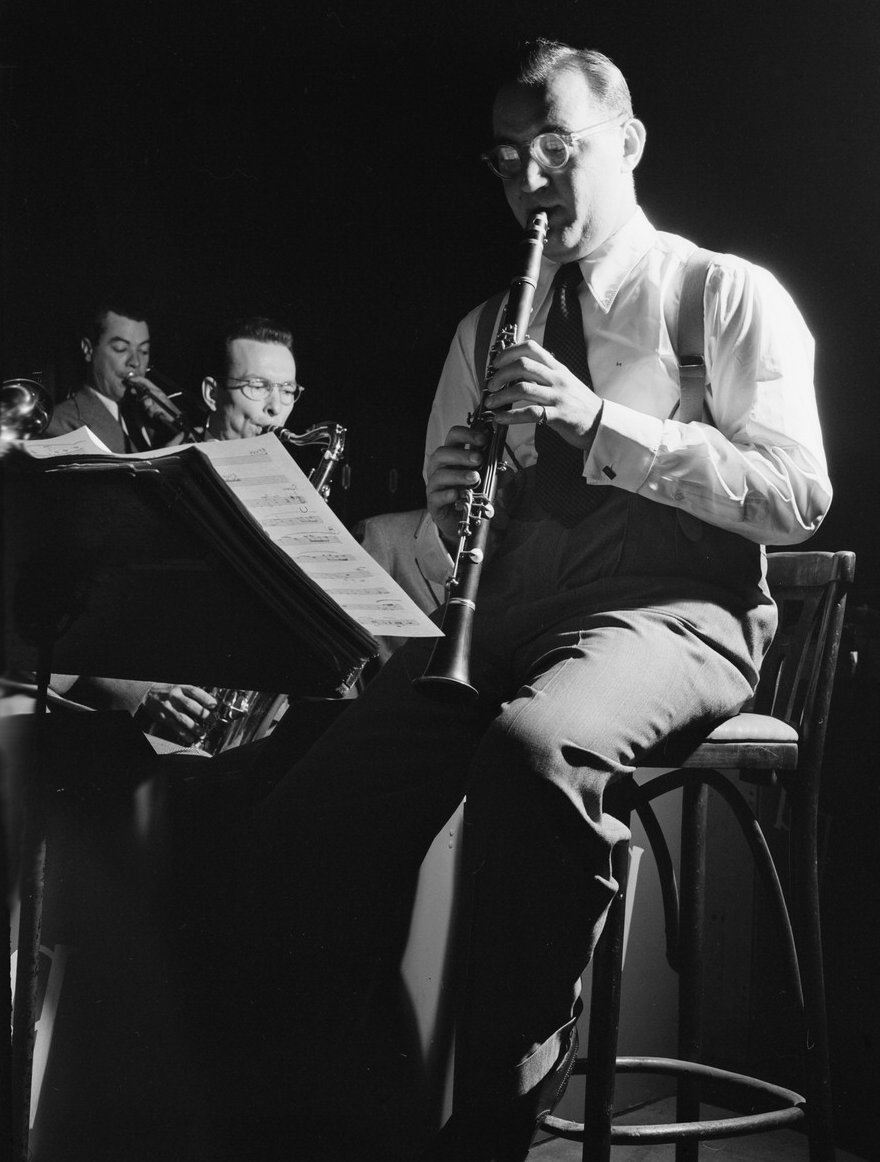 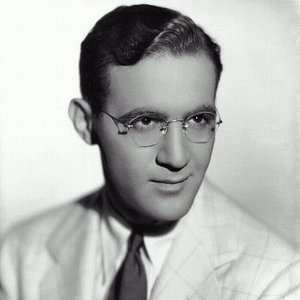 Benny Goodman, born Benjamin David Goodman, (May 30, 1909 – June 13, 1986) was an American jazz musician, known as King of Swing, Patriarch of the Clarinet, The Professor, and Swing's Senior Statesman.

Goodman was regarded by some as a demanding taskmaster, by others an arrogant and eccentric martinet. Many musicians spoke of The Ray, Goodman's trademark glare that he bestowed on a musician who failed to perform to his demanding standards. Anita O'Day and Helen Forrest spoke bitterly of their experiences singing with Goodman. "The twenty or so months I spent with Benny felt like twenty years," said Forrest. "When I look back, they seem like a life sentence." He could also be incredibly self-absorbed; it is reported that when eating an egg onto which a ketchup bottle cap had fallen, Goodman simply ate around it. At the same time, there are reports that he privately funded several college educations and was sometimes very generous, though always secretly. When a friend asked him why one time, he reportedly said, "Well, if they knew about it, everyone would come to me with their hand out."

Some suggest that Elvis Presley had the same success with rock and roll that Goodman achieved with jazz and swing. Without Goodman there would not have been a swing era. It is true that many of Goodman's arrangements had been played for years before by Fletcher Henderson's orchestra. While Goodman publicly acknowledged his debt to Henderson, many young white swing fans had never heard Henderson's band. While most consider Goodman a jazz innovator, others maintain his main strength was his perfectionism and drive. Goodman was a non - pariel virtuoso clarinetist and -along with only Artie Shaw, amongst the most technically proficient jazz clarinetists of all time.

Goodman is also responsible for a significant step in racial integration in America. In the early 1930s, black and white jazz musicians could not play together in most clubs or concerts. In the Southern states, racial segregation was enforced by the Jim Crow laws. Benny Goodman broke with tradition by hiring Teddy Wilson to play with him ] in the Autumn of 1936. He then added Lionel Hampton on vibes in December, 1936, and in the early Summer of 1939 he augmented the famous "quartette" with pioneering jazz guitarist Charlie Christian to his band and small ensembles, who played with him until his untimely death from tuberculosis less than three years later. To give an understanding of American history at this time, Goodman's integration of popular music happened ten years before Jackie Robinson entered Major League Baseball. " popularity was such that he could remain financially viable without touring the South, where he would have been subject to arrest for violating Jim Crow laws." By the mid- Summer of 1941, Benny had hired the incomparably rhythmic and show-man drummer, legendary "Big Sid" Catlett, the (later) famous John Simmons on bass, and still possessed the incomparable Charlie Christian on electric guitar -plus Cootie Williams was in the middle of his one-year contract… This amounted to virtually one-quarter of the orchestra of black heritage, but of course -following Jimmy Munday and Fletcher Henderson (who also joined the band as pianist for 6 months in July, 1939) it was really an orchestrated white extension of black big band jazz -only, curiously -better.