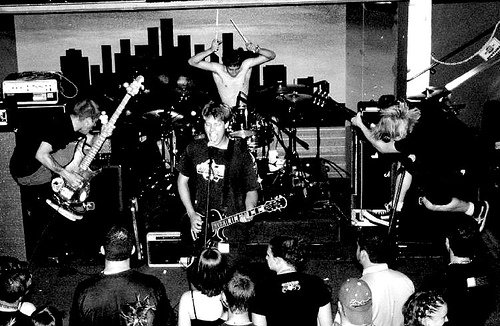 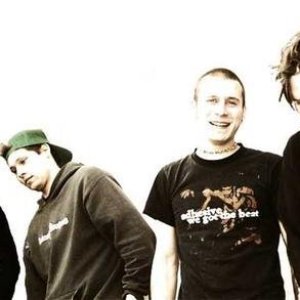 Belvedere is a canadian melodic punk/hardcore band formed in 1995. Originally not meant to play a show, they gained a cult following in Canada's punk scene. Known for their blazing technical speed and melodic vocals, the band also appeared on the Warped Tour and Groezrock Festival bills.
Taking their name from the '80s sitcom, Belvedere began in Calgary, Alberta, Canada in 1995 as the three-piece of Steve Rawles (guitar/vocals), Brock (bass), and Dan Hrynuik (drums).

As the years progressed along with their revolving lineup, Belvedere remained with their melodic pop-punk sound that looked up to the likes of Bad Religion and NOFX. Eventually recruiting second guitarist Scott Solo, replacement drummer Jay Hollywood, and a replacement bassist Jaison Synclair, the quartet released their debut album, "Because No One Stopped Us", in 1998 through Hourglass and 206 Records. After spending most of 1999 on the road, along with Bad Religion and Strung Out, for a stint – 206 Records put out Belvedere's follow-up album, "Angels Live in My Town", in early 2000. In 2001, the Montreal imprint Union 2112 released "Twas Hell Said Former Child", Belvedere's proper second album that coincided their first ever European tour. A split release with Downway, "Hometown Advantage", was issued in 2003. When it came time to recovene for another studio album, Belvedere joined producer Blair Calibaba (Sum 41) in Calgary for the recording of "Fast Forward Eats the Tape". Shared dates with Death by Stereo, Tsunami Bomb and Misconduct followed in Spring 2004. The band broke up in late 2005, playing their last show to their hometown Calgary crowd in November.

On November 2011, the band's official Facebook page announced that the band was going to get together again for a couple of shows the next year, wich included two shows in Europe (playing their first show in Paris and appearing again at GroezRock after seven years), then five in Canada, three in Brazil and one again in Canada, in Vancouver, on June 16th. Being at first that their final show, it was later announced that they'll appear in another final event in Guelph, Canada, on September the 1st 2012, with fellow punkrockers The Fullblast, also reuniting for the ocasion, Grade and Moneen.

Top Tracks
1) Brandy Wine
2) Two Minutes for Looking So good
3) She Sells and Sand Sandwiches
4) Three's a Crowd
5) The Only Problem With Wishful Thinking
6) A Juxtaposition of Action and Reason
7) Cellophane Coffin
8) Distress
9) Closed Doors
10) Subhuman Nature
11) Repetition Rejection
12) And You Thought the Doctor's Probe Hurt
13) Slaves to the Pavement
14) Hairline
15) Unplugged
16) Quicksand
17) All About Perspectives
18) 2nd Column
19) Elementally Regarded
20) Excuse Me, Can I Use This Chair?
21) Stain
22) Early Retirement
23) Anesthetic
24) The People's Song
25) Bad Decisions