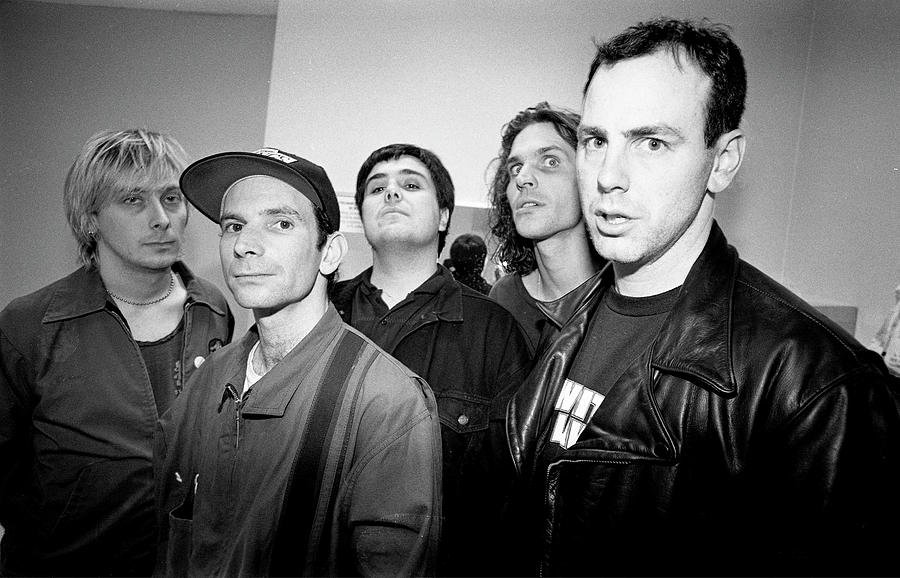 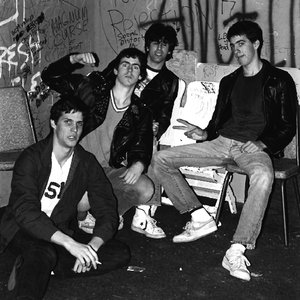 Bad Religion is a punk rock band from Los Angeles, California, known for the social commentary in their lyrics. The band was formed in 1979 by high school students Greg Graffin (vocals), Jay Bentley (bass guitar), Jay Ziskrout (drums), and Brett Gurewitz (guitar). In 1981, they released their eponymous debut EP on their own newly-formed label, Epitaph, managed and owned by Gurewitz. 1982 saw the release of their first full-length album, How Could Hell be Any Worse?, which gained them a sizable following. During the recording, Ziskrout left the band and was replaced by Peter Finestone.

Greg Graffin, the band's frontman, holds a Master's degree in geology from UCLA and a Ph.D. in zoology from Cornell University. His dissertation for Cornell was a comprehensive study of how modern scientists, especially those who believe in strict Darwinism, view theism and religion, and how their own religious beliefs, if any, affect their study and work. He has since published it for fans of the band.

In 1983, Bad Religion released into the unknown, a keyboard-driven psychedelic rock album that was enormously unpopular among the band's core fan base. It is now out of print, and generally disowned by the band. However, in past years it has become a collectors item, and has gained some acceptance from fans. It now can be seen going for more than $100 on eBay, and is often pirated.

In 1984, Greg Hetson (Circle Jerks) replaced Gurewitz. Bad Religion returned to a somewhat mellower, rock and roll version of their original sound with the back to the known, but they disbanded soon after.

The band reformed in 1987 and released suffer in 1988, cementing their comeback in the punk community. Not only is this album considered one of their best by most fans, but it is often credited with "saving" the Southern Californian punk rock scene by fans and Bad Religion's contemporaries alike.

no control (1989) and against the grain (1990) further increased the band's popularity, followed by generator (1992). Before the recording sessions for the latter album commenced, drummer Pete Finestone left the band in to focus on his other band, The Fishermen. Bobby Schayer joined the band as his replacement. recipe for hate (1993) followed shortly thereafter.

With alternative rock breaking into the mainstream, Bad Religion left Epitaph for major label Atlantic and quickly re-released Recipe for Hate on the major label. 1994's stranger than fiction followed, but shortly after its release Brett Gurewitz left the band again. Officially, he cited the increasing amount of time he was spending at Epitaph's offices as the Offspring (then a part of the Epitaph roster) became one of the biggest bands of the mid-1990s. But it was well-known that the departure was not on good terms, as he later accused the band of selling out for leaving Epitaph in favor of a major label. Gurewitz recorded a song with his new band The Daredevils entitled "Hate You," reportedly directed towards Jay Bentley. Gurewitz, moreover, was struggling more seriously with heroin and other addictions that had plagued him for years.

Gurewitz was replaced by Brian Baker, former member of bands such as Minor Threat and Dag Nasty. Previously, Graffin and Gurewitz had split songwriting duties, but Gurewitz's departure left Graffin as the band's lone songwriter.

What followed were a series of moderately successful albums, the gray race (1996), no substance (1998), and the new america (2000). As their popularity waned, Bad Religion left Atlantic in 2001 and returned to Epitaph. Bobby Schayer left the band following a serious shoulder injury and was replaced by Brooks Wackerman (Suicidal Tendencies) and Brett Gurewitz rejoined the band in time to record the process of belief (2002). the empire strikes first was in June 2004. Both albums are widely regarded as a return to form for the band.

In 2004, the band released digitally-remastered versions of five of their early albums (How Could Hell Be Any Worse?, Suffer, No Control, Against the Grain, and Generator). The How Could Hell Be Any Worse? re-issue also contained all of their first EP, the Public Service EP (alternative versions of Bad Religion, Slaves and Drastic Actions from the self titled EP) and Back To The Known.

Bad Religion's fourtheenth full-length studio album, titled new maps of hell, was released on July 10, 2007. It debuted at #35 on the U.S. Billboard 200, selling about 21,000 copies in its first week. It was originally intended to be released in 2006, but was pushed back largely due to the release of Graffin's second solo album, cold as the clay and his work at UCLA.

Brett Gurewitz, who still heads Epitaph Records, still records with the band and plays local shows, but doesn't tour with them. Greg Hetson can still be found at the occasional Circle Jerks show and helped open a bar in LA. Wackerman is working on a side project called The Kidneys. Graffin spends 10 weeks a year teaching two classes (Life Sciences 1 and Earth and Space Sciences 116) at UCLA. Jay Bentley keeps the Bad Religion MySpace page updated.