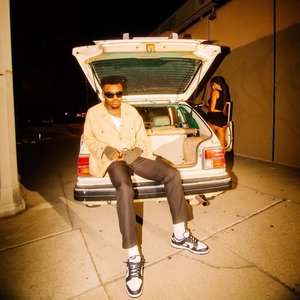 Hykeem Jamaal Carter Jr. (born October 22, 2000), professionally known as Baby Keem, is an American rapper, singer, songwriter, and record producer, that grew up in Carson, California. He initially gained major recognition following the release of his single "Orange Soda", from his second mixtape Die for My Bitch (2019), which peaked at number 98 on the US Billboard Hot 100 chart. He would later go on to collaborate with prominent rappers such as Travis Scott and Kendrick Lamar, on the songs "Durag Activity" and "Family Ties", respectively, the latter of which reached the top 20 on the Hot 100. His debut studio album, The Melodic Blue, was issued in September 2021 by Columbia Records and pgLang.

Keem has both songwriting and production credits on his cousin Kendrick Lamar's project, Black Panther: The Album, TDE member Jay Rock's Redemption, Schoolboy Q's Crash Talk, and the song "Nile" from Disney's The Lion King: The Gift. Keem worked with record producer Cardo, on his two mixtapes, The Sound of a Bad Habit (2018) and Die for My Bitch (2019).

In March 2020, Keem was featured in the visual mission statement for Kendrick Lamar and Dave Free's company, pgLang. In August 2020, it was revealed Baby Keem was included on XXL's 2020 Freshman Class.

On September 18, 2020, Keem returned with the release of two new songs, "Hooligan", and "Sons & Critics Freestyle". He then released "No Sense", on March 5, 2021. On April 30, Keem released "Durag Activity" with Travis Scott. The song was followed by another collaboration with Keem’s cousin Kendrick Lamar, titled "Family Ties", which was released on August 27, 2021. These songs are featured on Keem's debut studio album The Melodic Blue, which was released on September 10, 2021. The album also included the single "Issues", which Keem performed on The Tonight Show Starring Jimmy Fallon, a collaboration with Don Toliver titled "Cocoa", as well as previously-teased tracks "Vent" and "Range Brothers". Keem also made an appearance on Kanye West's tenth studio album Donda, on the song "Praise God", alongside Travis Scott.