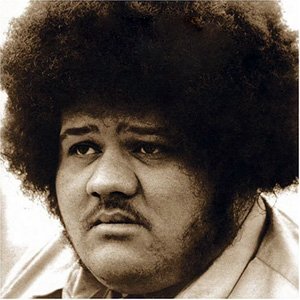 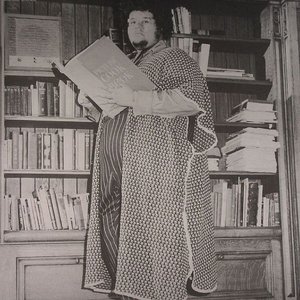 Baby Huey was a large and locally beloved figure on the Chicago soul scene in the late 1960's. Born James Ramey in Richmond, IN, in 1944, Baby Huey never achieved great renown outside of his hometown, for despite an exciting live act, his debut album on Curtis Mayfield's Curtom label wasn't released until after his death from an overdose in 1970.

He was literally an enormous stage presence: a glandular problem kept his weight around 350-400 pounds and beyond. He began performing in Chicago clubs in 1963 with his backing band the Babysitters and soon became a popular concert draw. As the '60s wore on, Baby Huey's sound moved from energetic R&B into a more psychedelic brand of soul, with a vocal style that drew comparisons to Otis Redding. He signed with Curtom and recorded a debut album, The Baby Huey Story: The Living Legend, that featured several Curtis Mayfield songs (most notably the oft-sampled "Hard Times" and "Mighty Mighty Children"), plus a cover of Sam Cooke's "A Change Is Gonna Come."

Sadly, Baby Huey didn't live to see it released; his weight and substance-abuse problems were exacting a steep toll on his body, and on October 28, 1970, he suffered a drug-related heart attack in a hotel room in Chicago. The album was released early the next year, and the Babysitters attempted to carry on for a while with a new lead singer, the still-teenaged Chaka Khan (she would, of course, go on to fame as the frontwoman of funk band Rufus shortly thereafter). In the years since, Baby Huey's lone LP has become a sought-after collectible among soul fanatics and has been reissued numerous times on CD.