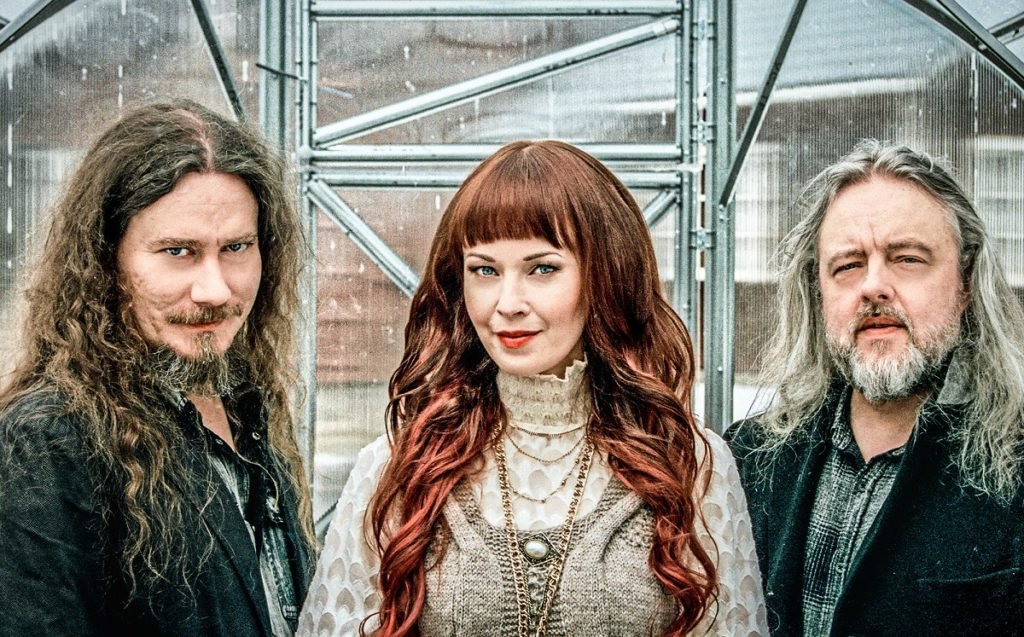 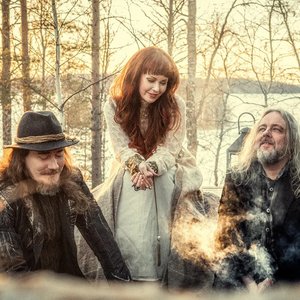 There are multiple bands named Auri. 1) A Nightwish side project, with progressive folk elements. 2) A progressive black metal band from Brighton, UK

1) AURI begun its life with three people, united through their shared need to hear a kind of a music which can’t be described by words alone. A magical kind of sound to be heard whilst falling down Alice's rabbit hole.

The first song born of this mindset, 'Aphrodite Rising', appeared in 2011. And slowly the earth has cracked open again and ten more tracks have emerged out of the soil's dust.

Thus the trio was formed. The Finnish singer Johanna Kurkela lent her unique voice, while Troy Donockley and Tuomas Holopainen (both Nightwish) cast their spells with various other instruments. Using selected guest musicians and friends, the album finally takes its ultimate form under the direction of sound engineer Tim Oliver, all within the pastoral splendor of 'Real World' studios in Southern England.

AURI put the 'drink me potion' to its lips, grew to full size, and is now ready to slay the Jabberwocky. Hand in hand with Nuclear Blast, they lead their listeners into the shadows behind the mirror, and in spring 2018 their debut album will evoke ghosts of an ethereal sphere (Source: nuclearblast.de, 2018)

2) AURI, meaning 'To make shine as a thin layer of gold', was conceived as a sonic attempt to carve an indomitable spirit out of adversity; each fragment expelled revealing the violent sufferings and triumphs of it's vessels. (Source: https://aurixiii.bandcamp.com/)