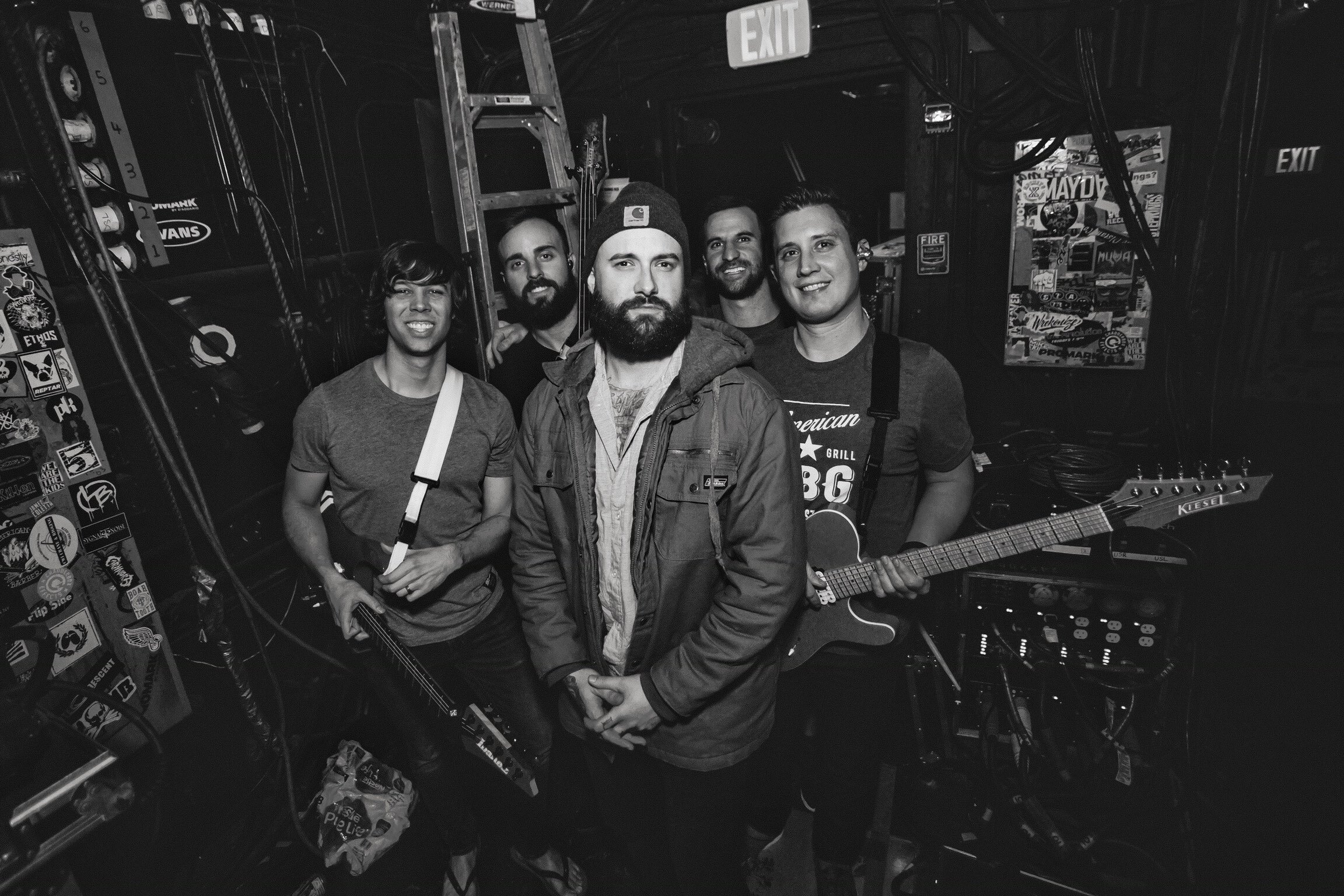 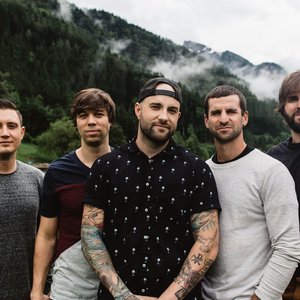 August Burns Red is a band from Manheim, Pennsylvania. Formed in 2003, the group began their first performances while a majority of the members were attending their senior year of high school, and soon began playing shows around Lancaster, before being signed to CI Records, and afterward, Solid State Records (SST). The group is primarily known for their heavy breakdowns, highly melodic guitar riffs and odd-meter riffs. They state Between the Buried and Me, Misery Signals and Hopesfall as their main influences.

August Burns Red is generally credited as a melodic metalcore band, and have also been said to share traits of other genres such as progressive metal, and thrash metal but blending it with hardcore, extreme metal and post hardcore August Burns Red songs have technical or odd time signatures and heavy breakdowns, growled vocals, melodic guitar riffs, and complex instrumentation with a variety of influences including Meshuggah, Between the Buried and Me, Poison the Well, Symphony in Peril and Misery Signals.

While the group has stated that they don't mind being classified as melodic metalcore, Brubaker has grown to a distaste in the genre's usual bands: "I feel like anyone who can pick up and play a guitar and learn to play a metalcore riff and any drummer who can learn to play a thrash beat over a breakdown is doing it. It's almost become very formulaic, and metal to me was never a formulaic genre."

August Burns Red was founded in March 2003 when all the members were attending high school. The original practice sessions of the band began in drummer, Matt Greiner's old egg house and basement on the Greiner family's farmland. After playing many local shows within Lancaster, they recorded their first EP, titled Looks Fragile After All with label CI Records in 2004.

Vocalist Jon Hershey eventually quit the band during the same year, which led to Josh McManness to take on the position as lead singer, and after several months of playing with McManness, August Burns Red signed to Solid State Records in 2005. Hershey would later go on to form instrumental post-rock band Bells. August Burns Red released Thrill Seeker, their first full-length album, on November 8, 2005. In 2006, drummer Matt Greiner was endorsed by Truth Custom Drums following the release of the album.

McManness departed from the band in 2006, exhausted by the band's constant touring. He was replaced with Columbia, SC resident, Jake Luhrs during the same year. Bassist Jordan Tuscan also left the band in 2006 for similar reasons as McManness. He was replaced by bassist Dustin Davidson, a friend of the band. The band's second album, Messengers, was released on June 19, 2007. Marking the debut for Luhrs fronting the group, it managed to become the band's breakthrough album, reaching number 81 on the Billboard 200. The album has sold a total of 108,000 copies as of May 2011.

Throughout 2008, August Burns Red toured with several acts across North America and Europe to promote Messengers. From April to May they toured with As I Lay Dying and Misery Signals across the United States and Canada. In September and October of that same year, they headlined a tour with A Skylit Drive, Sky Eats Airplane, Greeley Estates, and This or the Apocalypse in the United States. The band also visited Europe for a month-long headlining tour in November, playing in Germany, Finland, Norway, Sweden, The United Kingdom, Republic Of Ireland, Northern Ireland, Italy, Belgium, The Netherlands, Czech Republic, Slovakia, and France.

After this series of tours, the band recorded two covers of popular songs. They recorded an instrumental version of the classic song, “Carol of the Bells” for the X Christmas compilation album, which was featured in trailers for the film, The Spirit, released Christmas Day 2008. They also recorded a cover of “…Baby One More Time” by pop singer Britney Spears for the Punk Goes Pop, Vol. 2 compilation album, released in March 2009.

On February 24, 2009, the band released an EP, entitled Lost Messengers: The Outtakes. It contains material that is related or was decided not to be included in the final, mastered version of Messengers. August Burns Reds' first trip to the Middle East took place on March 6, 2009 with the band playing at the Dubai Desert Rock Festival. The band's last tour before their next album release took place in the United States, where they toured with metalcore band All That Remains throughout April and May.

To promote their upcoming album, August Burns Red released several new tracks and a music video during June 2009. The tracks Thirty and Seven, Existence, and Ocean of Apathy were all released on the 15th, 21st, and 29th, respectively. A music video for the song Meddler was also released during this month. On July 7, a week before the album's release, August Burns Red began streaming the full album on their Myspace profile for a limited time.
August Burns Red released their third full-length album, Constellations, on July 14, 2009. During the week of August 1, 2009, the album charted at spot 24 on the Billboard 200. Another United States tour was organized with August Burns Red headlining and support from Blessthefall, Enter Shikari, All Shall Perish, and iwrestledabearonce. After this tour, the band joined a short tour in Australia with Architects in support of Australian band Parkway Drive. August Burns Red toured alongside Underoath and Emery in November and December 2009 as well.

The band released their first live CD/DVD, Home, on September 28, 2010. The group co-headlined an Alternative Press tour throughout November. On February 23, 2010, Constellations was nominated for the Dove Award for "Best Rock Album".
August Burns Red toured Australia and New Zealand in December 2010 on the No Sleep Til Festival. The band played alongside Parkway Drive, A Day to Remember, NOFX, Dropkick Murphys, Suicide Silence, Megadeth, Descendents, Gwar and many others.

On July 27, 2010, lead guitarist, Brubaker stated that the band would be taking time off tour to write their next record, On February 12, 2011, the band announced via their official Facebook page that they had completely finished writing their new record and that they would be entering the studio on Valentine's Day which, following into March of the next year, the band announced that the record was finished, and that it was (at that point) time for mixing. On the April 5, August Burns Red revealed the name of this upcoming record as Leveler. On May 16, 2011, the band released the song “Empire” as a preview before its release. They also later premiered three other songs: "Internal Cannon", "Divisions", and "Poor Millionaire", on May 31, June 6, and June 14, respectively.

Leveler was released on June 21, 2011 in two forms; standard and deluxe. The deluxe version of Leveler contains four extra songs, including an acoustic version of the song "Internal Cannon". The album sold particularly well compared to their other releases, with 29,000 of its opening first week-copies being sold in the United States alone. These sales had the record land at position 11 on The Billboard 200 chart. After the release, August Burns Red took part on the main stage of the 2011 Vans Warped Tour.

August Burns Red headlined their own "Leveler" tour on the first quarter of 2012 with Silverstein, Texas In July, I The Breather and Letlive. Later in 2012, August Burns Red embarked on a European tour with The Devil Wears Prada and Veil of Maya, and an American tour with Of Mice & Men and The Color Morale. August Burns Red released their first Holiday album, entitled August Burns Red Presents: Sleddin' Hill on October 9, 2012. On February 8, 2013 the band was officially announced as part of Warped Tour 2013 alongside Bring Me the Horizon, NeverShoutNever, Black Veil Brides, 3OH!3, Crizzly and Bowling for Soup.

On August 5, 2014, it was announced the band had signed to Fearless Records and Found in Far Away Places would be available for pre-order on April 13, 2015 along with their new single "The Wake".

The band embarked on the Frozen Flame Tour from January 22 to March 8, 2015 along with Miss May I, Northlane, Fit for a King and ERRA, for 39 shows in Canada and the United States, sponsored by Rockstar Energy.

On December 7, 2015 August Burns Red was nominated for a Grammy Award in the Best Metal Performance Category for their song "Identity".

The Messengers 10th Anniversary Tour in Europe and the United States started on January 4, 2017 with supporting artists, Protest the Hero, In Hearts Wake and '68. On July 26, 2017, August Burns Red announced their new album, Phantom Anthem, released on October 6, 2017. The first single from the album, "Invisible Enemy," premiered on the SiriusXM Liquid Metal show the same day as the album announcement.