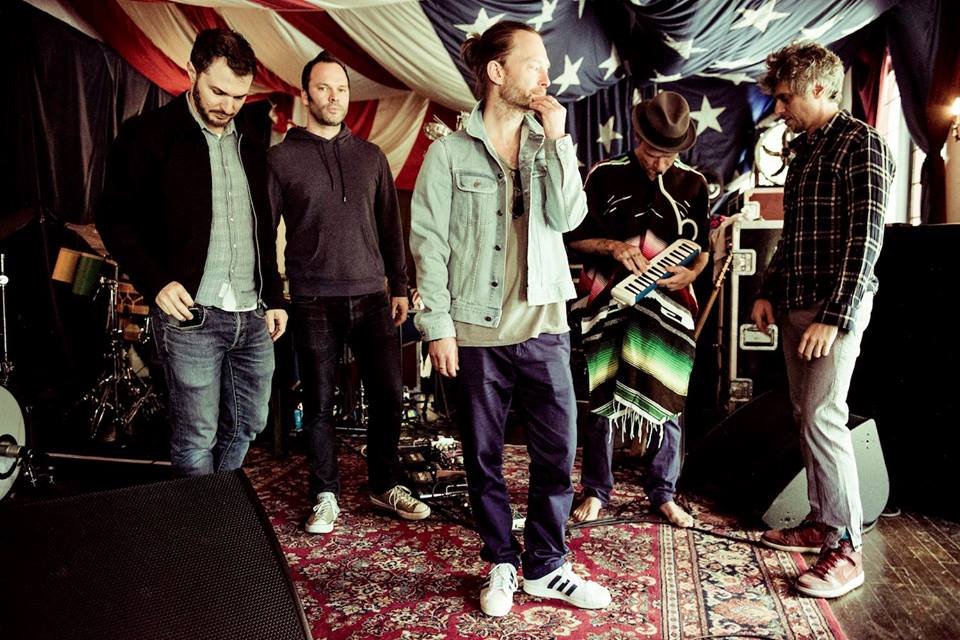 The band shares a name with both the 1953 speech by American president Dwight D. Eisenhower and a song from Yorke's debut solo album The Eraser. On their website, under their name, is the phrase "Nerth Nuclerek? Na Vynnav" which is in the Cornish language and can be translated as Nuclear Power? No Thanks. This is the text from the Smiling Sun anti nuclear power logo, which has been translated into at least 49 languages, including Cornish.

Thom Yorke has stated that the members of Atoms for Peace bonded over a shared love of the music of afrobeat, and said in an interview that the debut album was "the product of getting together, getting wasted and listening to Fela Kuti."