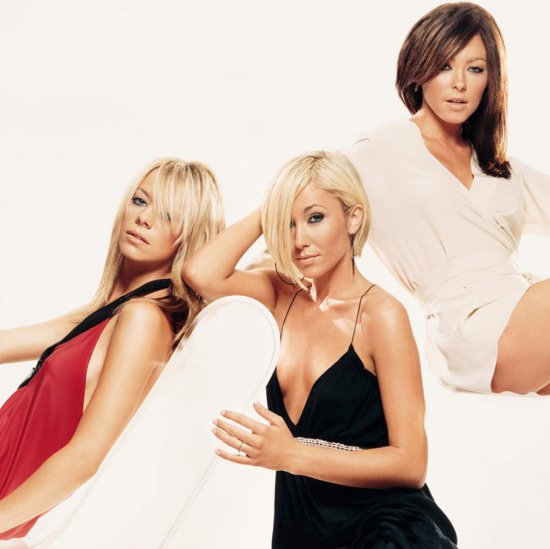 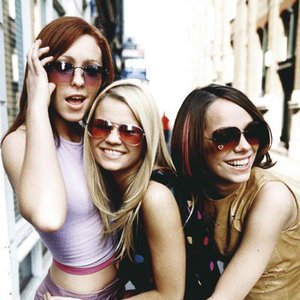 Atomic Kitten is a British pop girl group, first established in 1997 in Liverpool. The group was founded by Orchestral Manoeuvres in the Dark (OMD) members Andy McCluskey, and Stuart Kershaw. The original line-up featured, Liz McClarnon, Kerry Katona and Heidi Range (now in the Sugababes), but Range decided to quit and was replaced by Natasha Hamilton. Jenny Frost (formerly of Precious) replaced Katona in 2001. Hamilton, McClarnon & Frost were the final and most successful line-up of the group.

Atomic Kitten had three UK number one singles; Whole Again, the fourth best selling single by a girl group of all time; Eternal Flame and The Tide Is High (Get the Feeling). They also had two UK number one albums, Right Now, a re-issue of their debut album, and Feels So Good, both going double platinum in the UK alone. Atomic Kitten sold over 10 million records worldwide. In terms of sales, Atomic Kitten are the one of the most successful European girl groups of the twenty first century, alongside the Sugababes.

The group's first single, Right Now, debuted in December 1999 and reached the UK Top 10. After their initial success, Atomic Kitten performed an Asian tour and scored their first number one hit there with Cradle. The album, also titled Right Now, was first released in Japan on 16 March 2000, and subsequently released in the United Kingdom on 23 October 2000 with a slightly modified track list. In 2000, the group also recorded a cover version of The Locomotion for the movie Thomas and the Magic Railroad.

The Right Now album was unsuccessful upon its first release, peaking only at #39 in the UK album chart. Initially, there were no plans to focus on the global market and Atomic Kitten's record label, Innocent Records, was even considering dropping them because of their limited success. However, the record company were persuaded to allow the group to record one more single. The single, Whole Again, became their first no. 1 hit in the UK in 2001, and stayed at the top for four consecutive weeks. Due to this success, "Whole Again" was released worldwide, and reached #1 in 18 other countries. The song and video for "Whole Again" originally featured Kerry Katona; however, she left the group several days prior to the number-one position because of her pregnancy. The single was remade when Jenny Frost was added to the line-up as Katona's replacement. This led to a decision to partially re-record and re-release the album, which then went to no. 1 in August 2001. The next single, Eternal Flame, a cover version of the 1989 hit by The Bangles, also became a no.1 hit in several countries, and sold a million copies worldwide.

Following the success of "Right Now", a new album, Feels So Good, was recorded. The songwriting and production agreement with Andy McCluskey was an increasing source of tension within the group, and the girls decided to terminate the contract with McCluskey halfway through the recording of the album.

The first single off the album was It's OK!. Even though this song performed well in the charts, securing a No. 3 position in the United Kingdom, and reaching the top 20 in many other countries, it was the next single The Tide Is High (Get the Feeling), a remake of the 1965 song by The Paragons (also made famous by Blondie in 1980), which attained Atomic Kitten their third number-one single in their homeland. The single became the Kitten's second largest hit, getting into the top 10 in over 25 countries. In April 2002, Hamilton announced that she was pregnant, but rather than leave the group, she opted to continue with the scheduled 2002 tour. Hamilton filmed the music video for "The Tide Is High (Get the Feeling)", and made an appearance at Party in the Park before finally going on pregnancy leave.

In April 2003, the group released the album, Atomic Kitten in the United States. Until that time, the group had not focused on the American market, and the album consisted of tracks from their first two albums, Right Now and Feels So Good. Promotion for the album began with the single, The Tide Is High (Get The Feeling), appearing on the soundtrack for the Disney film, "The Lizzie McGuire Movie" starring Hilary Duff, and managed to debut and peak at #42. However, the single plummeted to #88 in it's second week. In addition, after the album only managed to peak at #102 on the US Billboard 200, it was decided the group would focus solely on the European, Oceanian, and Asian markets.

Before recording their third album, Kool & The Gang approached the group about a collaboration of their hit Ladies Night and were looking for a girl group to sing the lyrics. Atomic Kitten liked the idea and enquired whether they could use it for their next album which was subsequently named Ladies Night in honour of this collaboration.

Their first single of the album, excluding Be with You, was If You Come to Me. It secured a #3 position on the UK top 40. It became Atomic Kitten's 6th best selling single in the United Kingdom for sales of 180,000 copies. Moreover, "If You Come to Me" reached the top 30 in every single country it charted, and reached the top 10 in over 10 countries.

Atomic Kitten spent late 2002 and early 2003 in the studio recording their third and final studio album. Up until the recording of Ladies Night, the group mainly relied on songwriters, though they had occasionally co-written songs featured on their albums. While recording Ladies Night, they decided to be directly involved in the creation of eight of the fifteen songs. Ladies Night was released on 10 November 2003, and peaked at no.5 in the UK album chart.

In early 2004, a tour to support the Ladies Night album and the upcoming release of their Greatest Hits album was planned. Shortly before the tour kicked off, the group announced they would be taking an extended break after the completion of the tour.

On 23 January 2004, Natasha Hamilton decided to devote more time to her young son and wanted to take a hiatus from the group. Atomic Kitten released the single Someone Like Me/Right Now 2004" as a "goodbye" to their fans. The reunited on Valentine's Day 2005 to release the charity single Cradle 2005", a new version of the original song from their album Right Now which was a no. 1 hit in Asia back in 2000. "Cradle 2005" peaked at No. 10, selling 35,000 copies worldwide, with proceeds going to World Vision.

In 2005, the group was featured on the soundtrack of Disney's Mulan II with the song (I Wanna Be) Like Other Girls. In 2005, they also performed together in Krakow, Poland on 28 August at the Coca-Cola SoundWave Festival.

In 2006, Atomic Kitten recorded a one-off single, All Together Now (Strong Together), in association with Goleo VI, the official mascot of the FIFA World Cup 2006. The track is taken from The Official FIFA World Cup Album and was released for digital download and in CD form on 6 June 2006, in Germany, where the World Cup was held ten days later. The single was listed by the HMV website for physical release in the UK many weeks prior to the competition but was later withdrawn due to the amount of competing football records that were being released at that time. The proceeds of the single went to SOS Children's Villages.

On 4 December 2006, the group reunited again for a one-off performance of "Whole Again" and two other songs at a benefit concert for the Michael Shields appeal at the Liverpool Empire Theatre.

On 31 December 2006, Atomic Kitten performed at the Ocean Terminal in Hong Kong at Nokia's New Year's Eve celebration. The marked their second international appearance since their extended break in 2004.

Jenny Frost and Liz McClarnon embarked on solo careers, although neither were able to replicate the Kitten's success.

The group released a remake of "Whole Again" in support of England at UEFA Euro 2020, entitled "Southgate You're the One (Football's Coming Home Again)". The release of the track also marked Frost's return to the band for the first time since 2008.