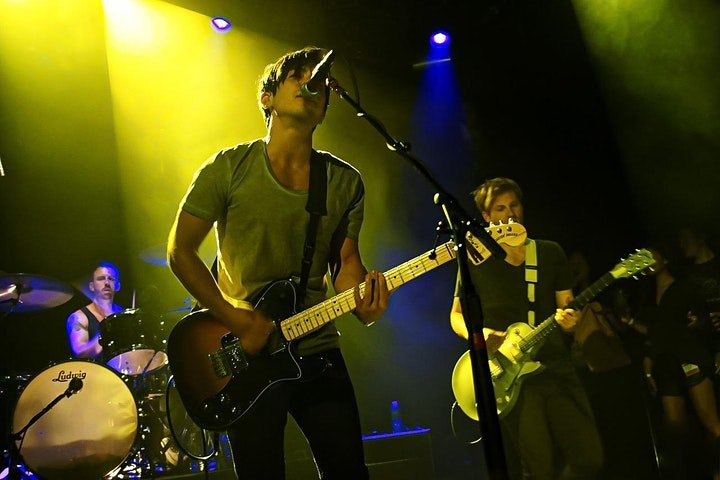 Ben Jorgensen created Armor for Sleep in 2001 and Nash Breen and PJ DeCicco later joined the band after leaving fellow New Jersey band Prevent Falls. He stated that the name of the band comes from his early experiences of writing music and not being able to sleep. After distributing demos Albany, New York-based indie label Equal Vision signed the band and released their first two concept albums: Dream to Make Believe, released in 2003, and What to Do When You Are Dead, released in 2005.

What to Do When You Are Dead spawned the popular singles "Car Underwater" and "The Truth About Heaven," receiving lots of airplay with their music videos. Each song on the album tells the story of the protagonist's suicide as well as his journey through the afterlife. The story goes through moments of personal introspection at the positive and negative aspects of his life while he quietly visits important locations of his past life without disturbing anyone. Analyzing the lyrics of each track, you can see him progress through the Kübler-Ross 5-stage model of grief management as he initially denies his situation, then wishes for a reversal, and finally accepts his fate. The album ends with the character finally coming to grips with his decision, and his spirit continues on, having completed his business in this life. Initial copies of the CD came with a bonus DVD that featured live footage of the band as well as the music videos for "My Town" and "Dream to Make Believe," both from Dream to Make Believe. It also included a making-of documentary and a small booklet titled "What to Do When You Are Dead: A Comprehensive Guide to The Afterlife" which featured satirical ways to cope with death should you unexpectedly perish. A remix by Machine Shop of "Remember to Feel Real" was featured on Snakes on a Plane: The Album in August 2006. A new song, "End of the World," was featured on Transformers - The Album. That song would be on their third and final album, Smile for Them, released through their new label Sire/Warner Bros..

Armor for Sleep released their first single from Smile for Them, "Williamsburg," on September 18, 2007, through iTunes. "Hold the Door" also received indie radio airplay. They played on Linkin Park's Projekt Revolution tour in 2008 on the US leg Revolution Stage to promote the album.

The band's final release, The Way Out Is Broken, was an EP released digitally on September 5, 2008. Fans were able to purchase download cards during the band's run on Projekt Revolution to use to download the EP on the release date.

On October 28, 2009, it was officially announced that Armor for Sleep would disband. Ben Jorgensen wrote a statement on AltPress.com informing fans of the inevitable, after the band had been inactive and not performing for over a year. Ben Jorgensen has since taken on a solo project and was associated with God Loves a Challenge with Sierra Shardae. PJ DeCicco has also moved on playing in Love Automatic with former Senses Fail bassist Mike Glita.