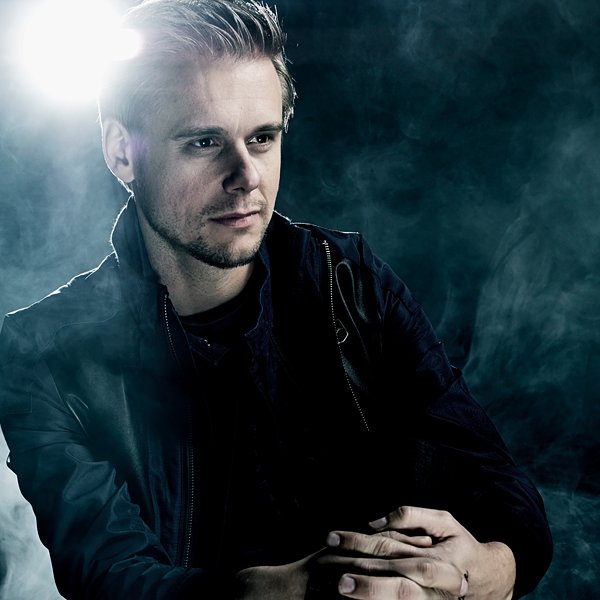 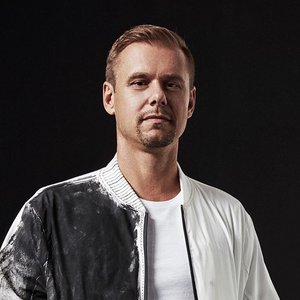 He has been named number one in the prestigious DJ MAG Top 100 poll four times in a row, from 2007 till 2010 and for the 5th time in 2012. He's the first DJ in the history of the DJ Magazine to achieve that and an indication of his prolific output over more than 14 years he’s been dj’ing and producing. Being the official World’s Most Popular DJ is just one of his many achievements, but the driving force behind his success is an overriding passion for electronic dance music.

2008 began with the success that the number one DJ seems to attract; he was awarded with the prestigious Buma Cultuur Pop Award in January. This was followed by being voted as the Best Trance Artist in the Beatport Music Awards in March; judged on the musician’s artistic achievements, national and international success, it is evident that Armin van Buuren has become one of the decade’s most influential trance acts.

Even a basic list of recent successes reads like a lifetime of work: ‘Best Album’ for artist album ‘Shivers’ at both the Dutch Release Dance Awards and the prestigious Edison Awards; ‘Best Compilation’ for ‘A State Of Trance’, in 2006, claiming the ‘Best European DJ’ award in 2007 and ‘Best Mix Radio Show’ at the Miami Winter Music Conference in 2006 and 2007, for radio show ‘A State Of Trance’ – now broadcasting on a massive 40 FM stations as well as satellite and internet radio, with over 26 million listeners a week; a 5th year residency in Ibiza at Amnesia and over 50,000 downloads every week from podcasting high end chart-bothering positions all over the world for singles, albums and compilations , with single “Rush Hour” used as the theme tune to the UEFA European Youth Championship; the #1 entry in the Dutch album charts with his artist album ‘Imagine’, the #1 entry of the DVD registration of ‘Armin Only ‘ Imagine’ – the landmarks just keep coming!

The 350th episode and the 7th year of the hit radio show ‘A State of Trance’ was celebrated in May 2008 with an eight hour live broadcast from Antwerp in Belgium to over 40 radio stations internationally. Fans were invited to a free party with a line up that had been voted for by the show’s listeners; another example of the importance the DJ places on the satisfaction of his fans. Considering the popularity of the radio show the introduction of ‘A State of Trance Podcast’ was a natural progression. The weekly podcasts which contain highlights and Armin’s favourite tracks from the previous episode ensure that trance lovers across the world will never miss another episode!
Sold-out shows for Armin Only in 2005 and 2006 created eager anticipation of the third edition, which kicked off in a sold-out Jaarbeurs in Utrecht in 2008; over 16,000 fans attended and were enthralled by the DJ’s nine hour set. The theme of the night was ‘Imagine’, described by Armin as “the celebration of our sensations both in life and in clubland.” Fans all around the world should not despair, as ‘Armin Only’ tour dates have also been set for Romania, Poland, Belgium and Australia; the DJ will also be touring in England, Scotland, Ibiza, Brazil, Mexico, Canada, and the USA, with expected dates in, for an example, the Czech Republic.

Born in Leiden, Holland (on December 25, 1976) to a musical family, Armin indulged his passion for music from a young age. He spent all the money he earned with his paper round on records. His mum won a computer when he was 10, gaining Armin’s interest. “So as a little nerdy kid I was writing my own basic programmes, and learnt about the technology from there.” He progressed from making low-profile mix tapes for friends to higher profile mixes when he discovered experimenting with different sequences on his computer through his uncle. “I was so stunned by what I saw him doing on the computer, that I got addicted to creating music right there and then!”
“I loved dance music immediately – this great rebellious sound that was so different to the ‘beautiful’ songs of the years before”. Armin cites electronic pioneer Jean Michel Jarre as a major influence (famed for his awesome visuals as well as his groundbreaking synth sounds), as well as Dutch producer Ben Liebrand, who later mentored him in his mixing and producing.
In the early days, Armin thought it was wise to have something extra in case the DJ’ing didn’t work out. So he studied for a law degree. The final year of his course was inevitably stretched as he juggled his studies with his increasingly hectic schedule; his rise to fame included lots of productions and remixes, as well as playing out to packed clubs every weekend. It took him three years to graduate, but his determination made him succeed!

Armin’s own productions have all made a huge impact and quickly gain worldwide acclaim; his latest artist album titled ‘Imagine’ entered the Dutch Album Top 100 Chart at number one; this is the first time a dance producer has ever accomplished such a feat in the history of Dutch music. The first single to be taken from this album, ‘Going Wrong’ with DJ Shah featuring Chris Jones, entered the Dutch Singles Chart at number five. The ‘Armin Only DVD’ was also released and reached the acclaimed number one spot in its second week. His back catalogue includes Blue Fear, Communication, Sound of Goodbye, Shivers, Rush Hour, Burned With Desire, Exhale, Love You More, This World Is Watching Me, and Yet Another Day. While the remix offers flood in, Armin only takes on tracks that he really loves. He uses exactly the same criteria for his compilations, meaning that every release from Armin or his long-running Armind label is a bone fide stormer that’s earned its place. His output includes tracks for the cult TV series 24, and the likes of Motorcycle’s As The Rush Comes.
Armin is a dedicated trance lover, but isn’t imprisoned by a single genre, saying “What makes trance work so well is that it doesn’t stick to one style, and can incorporate electro, minimal, whatever it likes.” His desire to showcase more of the great music he hears, along with the number of people sending him tracks they wanted to release, led to the obvious step of starting his own label, Armada, in 2003.

The label is a joint venture between Armin, Maykel Piron (former head of A&R for Warner Music) and David Lewis, who'd previously managed Armin. "What we wanted was a company that could offer everything for an artist: representation, a booking agency, and a record company. Artists can choose full management, or to just release a record or play out at gigs. Armada lets the artists choose what they want without telling them what to do".
Armin is now a fully-fledged artist in his own right, having made his songwriting debut on his album, the award-winning Shivers; The events continue to get bigger and bigger, and Armin regularly headlines the likes of Sensation White, Global Gathering, Dance Valley, ZoukOut, Mysteryland, Coachella, Beats In Brazil, Trance Energy, Fort Dance, Summer Days – basically whether you’re in Australia, Russia, the Middle East, the US or Europe, you can catch Armin van Buuren at a club or festival near you!
"This is just what I really want," says Armin. "It’s not just love for music, it’s my passion. It goes beyond liking, and beyond a hobby, it’s about a way of living. Music is essential to my life”.