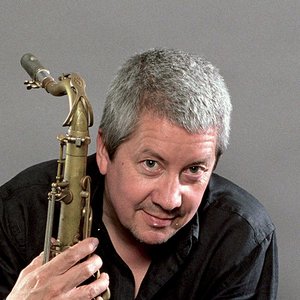 There are two persons with this name:

Andy Sheppard (b. Warminster January 20, 1957) is a British jazz saxophonist and composer.

ANDY SHEPPARD - SAXOPHONE
Born in the South West of England, at the age of 19 Andy emerged as an outstanding musician in the Hard Bebop band "Sphere" in the late 70's. He honed his skills in the wine bars and Jazz Clubs of Bristol where a young Jazz scene thrived into the early eighties. He was notable then for venturing out of the safe confines of jazz and into the nightclubs working alongside World Music groups. He also performed with much more established improvisers such as Keith Tippett. He has been awarded several prizes at the British Jazz Awards, and has worked with many of the most notable figures in contemporary jazz, including Gil Evans, Carla Bley, George Russell and Steve Swallow.

ANDY SHEPPARD - GUITAR
Born in Simcoe, Ontario, Canada in 1972, Andy studied music at Concordia and McGill Universities in Montreal. As a guitarist, he was inspired early on by the likes of Ry Cooder, Leo Kottke, and Don Ross, and Pierre Bensusan (he studied with Ross in Toronto and Bensusan in France). In 2006, Andy won the Colleen Peterson Songwriting Award for his song, 'Until Next Time'. In 2008, he toured the UK and Canada with International Guitar Night.