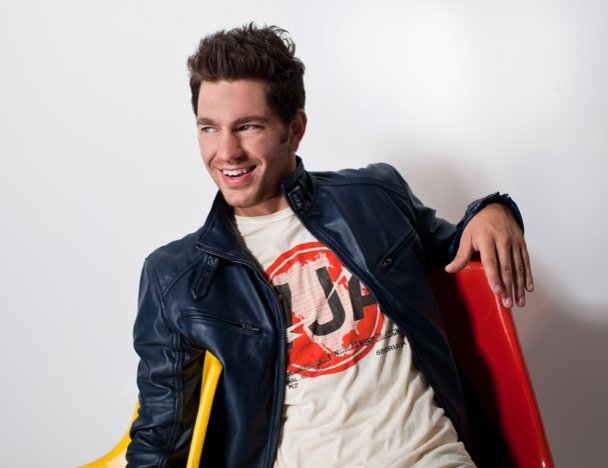 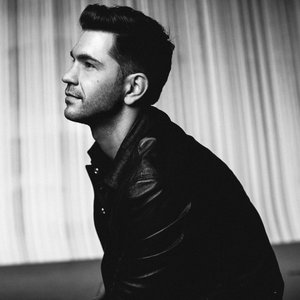 Andrew Charles "Andy" Grammer (born December 3, 1983) is an American Singer-songwriter managed by Steve Greenberg's S-Curve Records. He released his first album in June 2011. He was born in Los Angeles, United States, but grew up in New York. At 20, he returned to the Los Angeles area. He currently resides in Los Angeles. His father is Singer-songwriter, Red Grammer. In 2007, he graduated from California State University, Northridge, with a B.A. in Music Industry Studies.
Grammer started as a busker on the Third Street Promenade in Santa Monica and later performed in the Viper Room, the Roxy Theatre (West Hollywood) and the House of Blues. Grammer perfected his writing skills as an artist whilst performing on the streets and according to the Keep Your Head Up Songfacts he wrote the song to raise his own spirits after a particularly long day.
His debut video for "Keep Your Head Up" (starring Rainn Wilson) was an iTunes video of the week in 2010, and the version on the artist's site uses an interactive interface that allows the viewer to "send the singer into goofy scenarios". He performed the song on The Rachael Ray Show on November 17, 2010. He is currently opening for Plain White T's for the second leg of their "Wonders of the Younger" tour.
In January 2011, he was named an "Artist to Watch" by Billboard magazine.
He performed at SXSW 2011, playing BMI's Acoustic Brunch, where he was one of the artists contributing to a recording produced by Hanson to benefit the victims of the 2011 Japan earthquake.