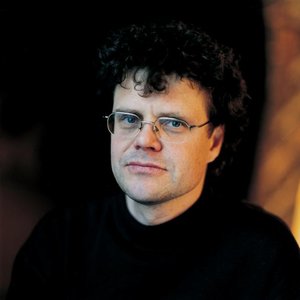 " A COMPLETE MUSICIAN WITH A WORLDCLASS WAY OF PLAYING THE FLUTE." (OJ JazzMagazine)
"OUT OF BOTH THE FLUTE AND THE SAXOPHONE, MUSICAL INGENUITY FLOWS" (Nya Wermlandstidningen Newspaper )
Anders Hagberg - flutist, saxophonist, arranger, composer, pedagogue.
From 1979-1983, studied at the School of Music and Music Education at Göteborg University, instrumental and improvisation pedagogy programme.
Anders Hagberg's instrumental profile is as a flutist and sopranosaxophonist. His background is in jazz and Afro-American music, but over the years He has been influenced by music from many other cultures. He has performed with a multitude of groups and artists, and participated on a large number of recordings and productions for film scores He has also toured approximately twenty countries, including India, China, Japan, Canada, the United States and Argentina. Anders has toured and recorded internationally with his own group Earthsongs, Winduo, Mynta, New Jungle Orchestra, Gunnel Mauritzson, Yggdrasil, Björn Afzelius etc.
He has been commissioned to compose music for a number of documentary films as well as working with music for theatre at Gothenburgh Opera a.o.
Anders is also teaching at the Gothenburg University, Academy of Music and Drama in improvisation. He has been doing a lot of workshops and seminars in all Scandinavia as well as Argentina & China.