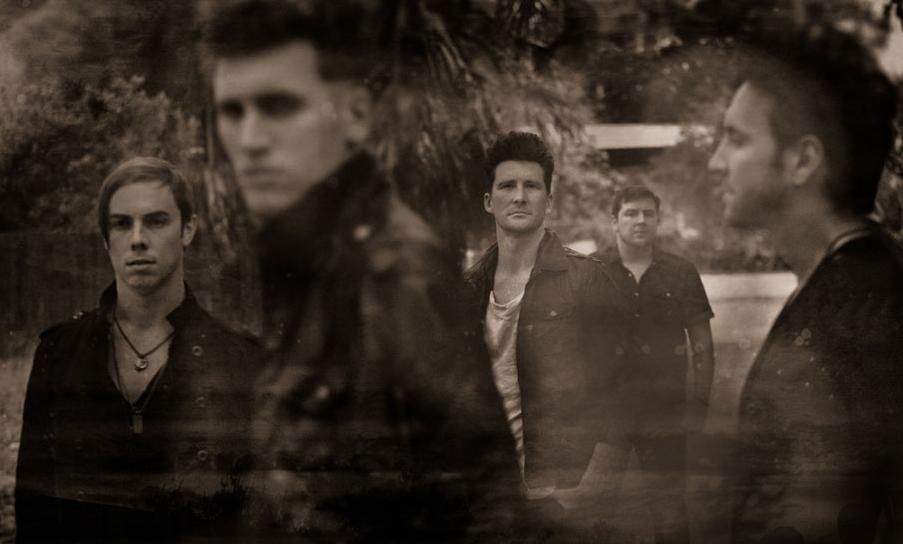 Anberlin was formed in 2002 in Winter Haven, FL, USA and disbanded after the release of their final album, lowborn, in 2014. Their debut album, Blueprints for the Black Market, was quite successful. Spurred on by popular singles Readyfuels and Change the World, it sold over 60,000 copies and raised Anberlin's profile. They released their sophomore album, Never Take Friendship Personal, in February 2005. The album was praised by critics, garnering favourable reviews and winning the band new fans.

Prior to its release, the band promoted the album by releasing a track per week on their Purevolume and Myspace website accounts, as well as on their own website. So far, two radio singles have been released from the album: A Day Late and Paperthin Hymn. Both have been quite successful on alternative rock radio. A video for A Day Late has been released and the video for Paperthin Hymn released on March 17, 2006.

Singer Stephen Christian is also working on some solo music under the name of Anchor & Braille with Aaron Marsh of Copeland, which is expected to take the form of a full length album sometime in 2008.

Anberlin's third album, Cities, was released on Feburary 20, 2007. There are two different versions: a regular version and a special edition containing three extra songs and a documentary on DVD. So far music videos have been released for Godspeed and The Unwinding Cable Car.

The singles Godspeed and The Haunting were available as of December 28, 2006 from the iTunes music store and may still be purchased.

Anberlin's final album with Tooth and Nail records, Lost Songs, was released November 20, 2007. It features many of its original hits, as well as live recordings and unreleased tracks.

They are now signed with Universal Republic and released their fourth LP, New Surrender, September 30, 2008.

They released their fifth LP, Dark is the Way, Light is a Place on September 9, 2010.

Songfacts reports that, Self-Starter, the first release from Vital, Anberlin's sixth album, was the band's first ever song to feature female vocals.

On July 22, 2014 they released what would be their final album - Lowborn. It was announced that after a final tour following the release of Lowborn the band would be parting ways.

The end of Anberlin is not sad but hopeful. There is no animosity or drama, but rather a celebration of what these five musicians have achieved both in the studio and onstage. “Usually breakups happen quickly and suddenly, an implosion of sorts,” McAlhaney says.
“What is unique about the end of Anberlin is that we discussed where people were at in their lives, what that meant for the band, and then made plans for the end on our own terms.”