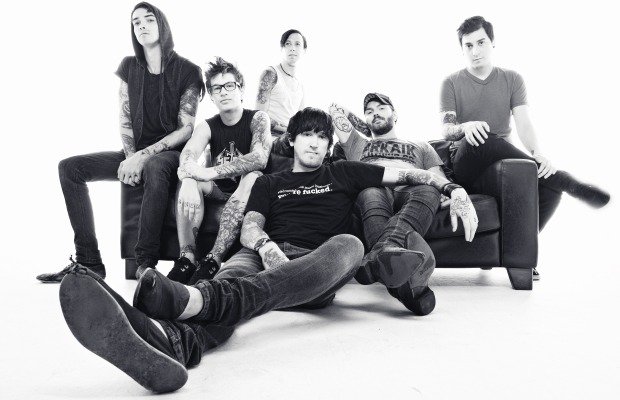 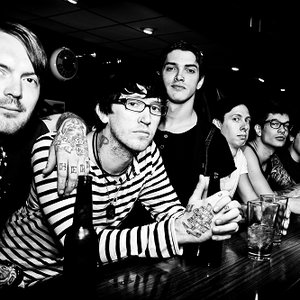 Alesana (pronounced /ˈælɨs ˈænə/ Alice-Anna) is an american six piece post-hardcore band from Raleigh, North Carolina formed 2004. The band has released five full-length albums and one EP to date. The band gained a wide audience after their debut, On Frail Wings of Vanity and Wax was released, featuring a musical style shifting between light and heavy sounds along with a wide influence ranging to even classic rock bands such as The Beatles. Their band name is derived from street named Aliceanna St., which is located in Baltimore where the group originated.

Shawn's sister Melissa Milke takes over the female vocal parts throughout every Alesana album without being officially part of the band.
On Alesana's third studio album "The Emptiness" Adam Fisher of Fear Before contributed the spoken words throughout the album.

Top Tracks
1) Apology
2) Ambrosia
3) Congratulations, I Hate You
4) This Conversation is Over
5) Tilting The Hourglass
6) The Thespian
7) Pathetic, Ordinary
8) Icarus
9) Alchemy Sounded Good At the Time
10) Daggers Speak Louder Than Words
11) The Last Three Letters
12) The Third Temptation of Paris
13) Nero's Decay
14) Seduction
15) To Be Scared By An Owl
16) What Goes Around...
17) And They Call This Tragedy
18) A Siren's Soliloquy
19) Red and Dying Evening
20) Endings Without Stories
21) This is Usually the Part Where People Scream
22) Goodbye, Goodnight, For Good
23) Curse of The Virgin Canvas
24) A Most Profound Quiet
25) Better Luck Next Time, Prince Charming