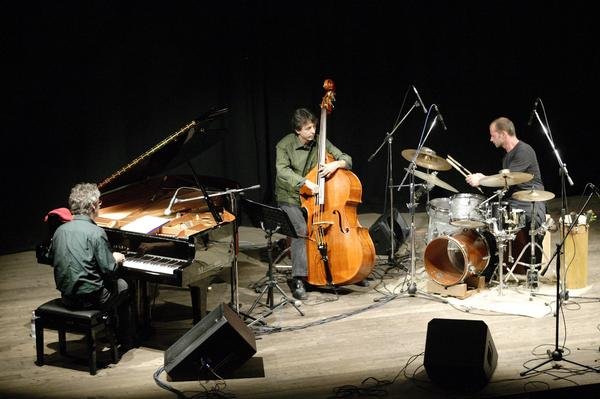 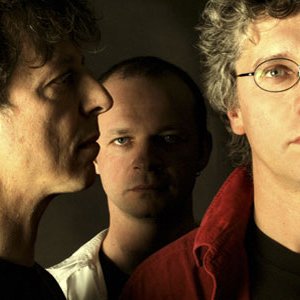 Alboran Trio is an Italian Jazz band. Paolo Paliaga who has founded the group in 2004 is a Jazz pianist. He began his career with traditional North- American Jazz. Then he is drawn to a more European sound- contemporary style. At the end of the ’80 he met and played with different musicians from different parts of the world and different musical traditions. While researching and composing, he moved gradually away from the rhythms and beat of swing to explore a new expression of rhythm and melody based on the interaction of trio of acoustic instruments. As a result of this work he decided to found the Alboran Trio, together with Dino Contenti and Gigi Biolcati.

Dino Contenti (double-bass) is a self-taught musician after many experiences as a bassguitar-player matured in the multi-faceted world of modern music he started to play the double-bass.

Gigi Biolcati (drums and percussions) began to play the drums at the age of 11. He played whit a dance group for 7 years. After working with too many musicians and dancers and after a short training in Africa, he developed his own approach to the music.

The word “Alboran” means the entrance to the Mediterranean, it is the sea which joins the African and European continents, it is the sea that you meet arriving from all the other seas. Africa and Spain overlook this sea, and spread their essence and traditions into it, initiating something of a new beginning. The Mediterranean unites, mixes, meets, develops, metabolizes cultures, sounds, different people, religions, traditions, and remains, as ever, bewitching, a founding place, an occult source.