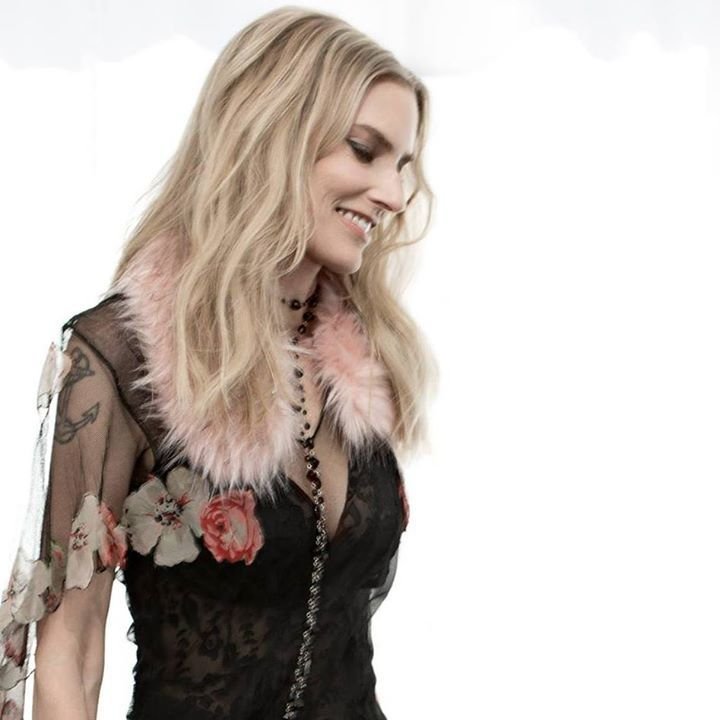 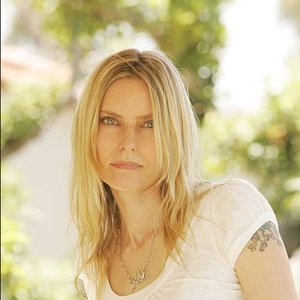 Mann attended the Berklee College of Music in Boston, but dropped out to sing with her first punk rock band, the Young Snakes; the band released the EP Bark Along with the Young Snakes in 1982, and a compilation album was issued in 2004. In 1983, seeking a return to "sweetness and melody", she co-founded with Berklee classmate and boyfriend Michael Hausman the new wave band 'Til Tuesday, which achieved minor success in 1985 with its first album, Voices Carry. The title song is said to be inspired by Hausman and Mann's breakup; the video became an MTV staple, winning the MTV Video Music Award for Best New Artist, though Mann's signature spiky hair would lead some to dismiss the group. Mann performed with the rock band Rush on the song "Time Stand Still" (from Hold Your Fire, 1987), singing backup vocals and appearing in the music video. With Mann playing an increasingly important role in songwriting, 'Til Tuesday released two more albums, Welcome Home and Everything's Different Now. On the final album and tour, musician Jon Brion joined the band, which broke up in 1990 when Mann left to start her solo career.

Around the time of the first album's release, Mann began a romantic relationship with Jules Shear; they broke up before the final 'Til Tuesday album, which contained the song "J For Jules". Professional relationships from the band would continue: Hausman later became Mann's manager, and Brion produced her first two solo albums.

Solo career
In 1993, Mann released Whatever, her first solo album. Promotion suffered due to the collapse of her label, Imago. While only a small hit, the album was critically praised, and paved the way for her next release, 1995's I'm with Stupid, through Geffen Records. Again, reviews were positive, but sales were weak.

Mann had met musician Michael Penn in the 1980s and with comparable songwriting styles and record-industry woes to share, they struck up a friendship during the recording of Stupid, which blossomed into romance and their 1997 marriage. Around this time Brion produced her album Bachelor No. 2, but Geffen saw no hit singles in the material and ordered her back to the studio. The album languished while Mann and the label fought.

Meanwhile, iconoclastic film auteur Paul Thomas Anderson, for whom Penn and Brion had composed a soundtrack, became a close friend. Mann gained greater public recognition in 1999 — indeed, more than anything else since "Voices Carry" — when she contributed eight songs to the soundtrack of Anderson's Magnolia, including the Academy Award-nominated song, "Save Me". Anderson deliberately worked from Mann's lyrics to create the film's characters and situations. Due to this exposure, Mann became sought after to contribute to soundtracks, a success made ironic by the music industry's indifference.

Independence
Fed up with both ineffectual promotion and artistic meddling by her record label, an experience documented in her song "Calling It Quits", she struck out on her own and founded SuperEgo Records in 1999. Mann self-released Bachelor No. 2 in 2000 (see 2000 in music), having negotiated a contract release from Geffen, and though initially only sold at concerts and via her website, the album became successful, allowing her to secure retail distribution through SuperEgo. The album, which included some songs from Magnolia and new material, was widely admired and Mann's "more indie than indie" success was carefully noted by other musicians.

Mann, Penn, Brion, Fiona Apple, and other musicians had by this time developed a subculture around the Largo nightclub in L.A. Penn and Mann formed a concept called Acoustic Vaudeville to recreate it on tour in California and eventually on an irregular, ongoing national tour. The Acoustic Vaudeville shows intermix music and stand-up comedy; among the comedians joining them for individual shows were Janeane Garofalo, Patton Oswalt, and David Cross.

Aimee continued her solo career with Lost in Space (2002), a somewhat more sombre album in the same vein as Bachelor No. 2. In 2004 her website released the Lost in Space Special Edition, which featured a second disc containing six live recordings, as well two B-sides and two previously unreleased songs. In November of that year Live at St. Ann's Warehouse, a live album and DVD recorded at a series of July 2004 shows in Brooklyn, came out; the two discs were sold packaged together in either a CD jewel case or a DVD case.

Mann described her next album, The Forgotten Arm (2005) as a concept album set in the '70s about two lovers who meet at the Virginia state fair and are now on the run. The Joe Henry-produced album, which was recorded mostly live and has few overdubs, was released May 3, 2005. The album reflects Mann's interest in boxing in its illustrations as well as its title, derived from a boxing move in which one arm is used to hit the opponent, causing him to "forget" about the other arm, which is then used to deliver a harsher blow. The album received weaker reviews overall, with critics impressed at the totality but unimpressed with any individual songs.

In October 2006 Aimee released 'One More Drifter in The Snow', an album of Christmas songs. All bar one of the songs, 'Calling on Mary' were covers of holiday classics.

Mann's independence from the industry led her to more explicit political stances. She joined Artists Against Piracy, a group formed to act against the illegal downloading and file sharing of copyrighted music from the Internet. Mann, Penn and Hausman took their experience with SuperEgo to found the independent music collective United Musicians, which is based on the principle that every artist should be able to retain copyright ownership of the work he or she has created, in contrast to normal music industry contracts.

June 2008 brought the release of '@#%&*! Smilers,' a collection of songs featuring greater use of keyboards. Aimee's set at the Bonnaroo Music Festival in the same month featured a number of selections from the new album as well as a number of her concert standards. Aimee and her band covered Elton John's 'My Father's Gun' as part of the set.

"I've had it" made it into Nick Hornby's exquisite book "31 Songs".
'The Forgotten Arm' - 2006 Grammy Winner for Best Packaging

Discography
With The Young Snakes

* 1987 - "Time Stand Still" by Rush (backing vocals) on their album, Hold Your Fire
* 1996 - "Christmastime" with Michael Penn, played over the credits for the film, Hard Eight
* 1996 - "Baby Blue", a Badfinger cover, appears on the tribute compilation, Come and Get It: A Tribute to Badfinger
* 1997 - "Nobody Does It Better", a cover of the Carly Simon theme for The Spy Who Loved Me on the compilation, Shaken & Stirred: The David Arnold James Bond Project
* 1999 - "One", a Harry Nilsson cover for the Magnolia soundtrack
* 2002 - "Two of Us", a Beatles cover with Michael Penn for the I Am Sam soundtrack
* 2002- "Lucy in the Sky with Diamonds", a Beatles cover for the I Am Sam soundtrack, European Edition
* 2004 - "The Scientist", a Coldplay cover, appears on the second disc for the Lost in Space Special Edition
* 2005 - "That's Me Trying" by William Shatner (backing vocals) on his album, Has Been
* 2007 - "Static On The Radio" with Jim White

* Mann played the role of a German nihilist who sacrificed her little toe in the movie The Big Lebowski (1998).
* Mann and her band appear as themselves in the 2002 Buffy the Vampire Slayer episode "Sleeper", performing the songs "This Is How It Goes" and "Pavlov's Bell" at The Bronze. She has one line in the episode: "Man, I hate playing vampire towns." "Pavlov's Bell" also appears on the Buffy soundtrack album Radio Sunnydale.
* She and her band also play themselves in a 2002 episode of The West Wing, performing a cover of James Taylor's "Shed a Little Light" at a Rock the Vote concert.
* In 2006, Mann guest-starred as herself on an episode of Love Monkey, "The One Who Got Away".
* In 2011, Mann played a fictional version of herself in the comedy sketch TV show "Portlandia"