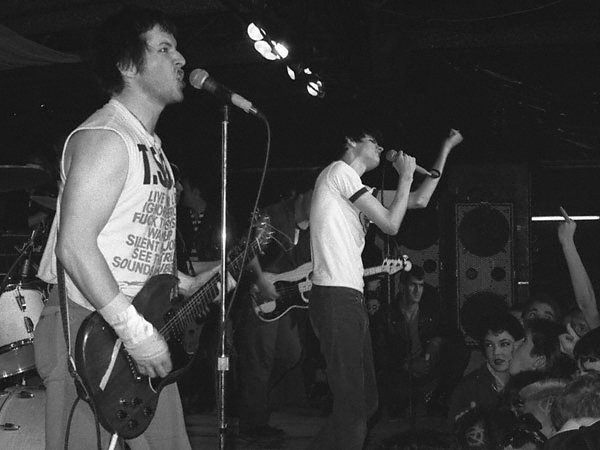 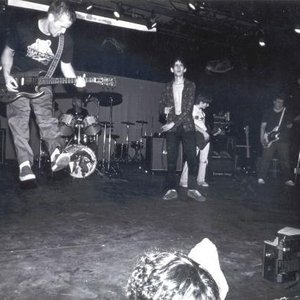 The Adolescents are a punk band formed in 1980 in Fullerton, California by Steve Soto (August 23, 1963 – June 27, 2018) after leaving Agent Orange in December 1979. The original line-up was led by frontman Tony Cadena, with Steve Soto on bass, Frank Agnew on guitar, John O'Donovan on guitar and Peter Pan on drums. Both O'Donovan and Pan left in June and were replaced by Rikk Agnew and Casey Royer formerly of Social Distortion and The Detours and also singer for the OC punk band, D.I.. The band created fast, energetic music that was at the forefront of the Orange County punk music scene.

Later that year, the group released the classic hardcore single "Amoeba" on Posh Boy Records. The Adolescents signed with Frontier Records in January 1981 and recorded The Adolescents the following month. Rikk Agnew left and was replaced by Pat Smear, formerly of The Germs. This line up lasted until the end of June when Smear left.

Rikk Agnew made his solo album in 1983 then joined D.I. with Alfie Agnew, Frank and Rikk's younger brother.

In 1986 The Adolescents reformed with their original line-up and started to work on a new album. They recorded Brats in Battalions in the late summer. The record came out in August 1987 due to the band deciding to produce and release the album themselves with little cash or backing.

The Adolescents broke up in April 1989.

The band regrouped to tour for the 20th anniversary of their self-titled album in 2001 and have continued to perform.

The Adolescents have a new release out on Finger Records, O.C. Confidential in 2005. Finger Records is owned and run by Mel Schantz out of Orange County, California.

The Adolescents toured in support of OC Confidential, but Frank Agnew left the band in 2006. Rotating through as the band's live guitarists over the next few years were Matt Beld, Joe Harrison, and Soto's former Joyride bandmate Mike McKnight. O'Brien left the band in 2008 and was replaced by Armando Del Rio. Reflex and Soto became the band's sole constant members and primary songwriters from this point forward, and signed the Adolescents to German label Concrete Jungle Records. A split EP with the band Burning Heads was released in 2009. For the band's next album, 2011's The Fastest Kid Alive, the lineup was Reflex, Soto, Del Rio, McKnight, and Harrison. The band also contributed a cover version of the Runaways' "School Days" to the tribute album Take It or Leave It: A Tribute to the Queens of Noise that year.

Dan Root took Harrison's guitar position in 2012, and the Adolescents released the American Dogs in Europe EP in conjunction with a European tour. This was followed by the band's sixth studio album, Presumed Insolent (2013). Del Rio was replaced by Mike Cambra, and McKnight by Leroy Merlin, for 2014's La Vendetta…, which was given a North American release the following year by Frontier Records. Hot War, a split EP with Russian band Svetlanas, followed in 2015, containing one song from Presumed Insolent and one from La Vendetta… The Adolescents' most recent studio album, Manifest Density, was released July 8, 2016 by Concrete Jungle, with Ian Taylor taking Merlin's place as rhythm guitarist.