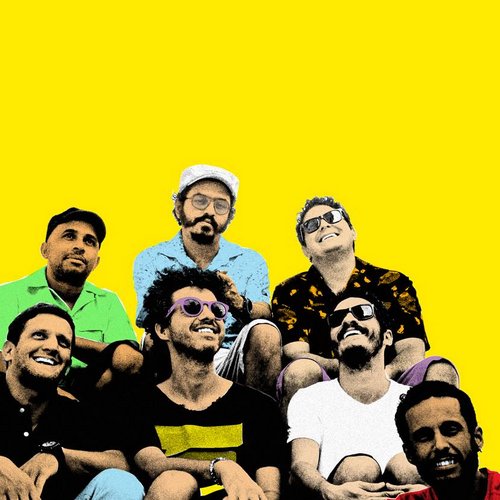 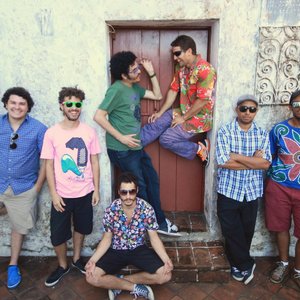 Formed in 2004 in Olinda, the group consists of musicians from a number of famous bands all from Pernambuco’s musical scene (Mundo Livre S/A, Eddie, A Roda, Variant). From the beginning, the band invested in a repertory from the bregas music from the 60’s, which soon named it as an original band that played “brega roots” in creative and innovating versions, full of cumbias, guarachas and loads of afrobeats.

This experimental fusion of styles was aimed with the sole purpose of providing music to play for those who wanted to “dance together”. From brega’s big hits, the groups repertory evolved and developed eventualy being recorded and combined to come together and form band’s first album “when we play an instrument, the idea always comes from the harmony. We say harmony but technique alchemy, identity, meetings and curiosity also play a part. Openings that let it be born conscious, fluid, without being attached to any label”.

Through this process, the Academia da Berlinda allies the individual study, trajectories and professional exercise to the tonalities that landed here through new ports where they have gone mixed and become merengues, rumbas, carimbós, cumbias, guarachas, salsas and “little hells” for those corresponded or not love stories. This way they have conceived unpredictable lightness, round improvisation and balance. Music has no social class and therefore the Academia da Berlinda pleases and drinks from South and Central America musical sophistication, as well as from the popular Belem, reviewing with humor and dignity all the poetical possibilities that music offers, in order to make people dance and, above all, have a good time.