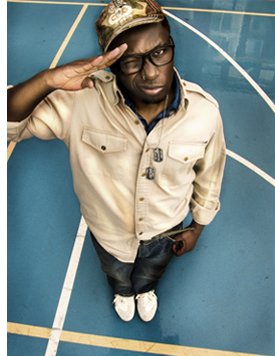 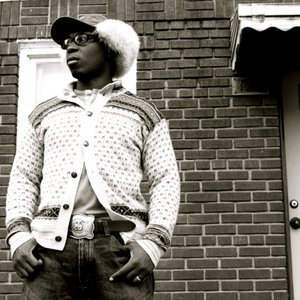 It was no accident, according to energetic music visionary 88-Keys. The 29-year-old producer would be the first to tell you that he was always going to make his mark in hip-hop and beyond. For 88’, who has showcased his eclectic studio prowess for everyone from socially conscious Brooklyn rhymer/actor Mos Def (Black On Both Sides, The New Danger) to platinum R&B singer-songwriter Musiq (Juslisen, Soulstar), creating music would prove to be his destiny. It is a path he knew he would take when he first heard legendary Prince Paul’s groundbreaking, mad scientist production on De La Soul’s 1989 classic 3 Feet High and Rising. “It made me look at hip-hop as an art” recalls 88-Keys. “Then I remember walking home from my 8th grade class and hearing A Tribe Called Quest’s ‘I Left My Wallet In El Segundo’ on a car radio. And I’m like, ‘What was that?!!!’ Hearing someone like Kool G. Rap was a wake-up call but De La and Tribe was a bucket of cold water. I knew hip-hop music was it for me.”

Indeed, the kid born Charles Misodi Njapa in the Bronx and raised on Long Island, New York more than made good on his hip-hop ambitions. His early ’90s transition from eager intern to assistant engineer at West Hempstead’s The Music Palace recording studio insured that he would meet up with his heroes: A Tribe Called Quest’s charismatic front man Q-Tip; influential crate digger Pete Rock; and respected Nas producer Large Professor. It was L.P. who blessed Charles with his 88-Keys moniker after witnessing his budding skills on the ARS-10 keyboard. “I told myself if I ever make it in this business, that’s the name that I was going to use because I got it from one of the great ones,” 88‘ recalls.

Over the years, 88-Keys’ distinctive brazen beats-meets-atmospheric production have appeared on a number of high-profile works including Blackstar’s 1998 underground landmark debut Mos Def and Talib Kweli Are Blackstar (“Thieves In The Night”); the eccentric funk-rock of Macy Gray’s 1999 platinum plus How Life Is (“Why Didn’t You Call Me” Remix) and Beanie Sigel’s 2001 street-praised The Reason (“Watch Your Bitches”). It’s such strikingly diverse credits that have made the humble 88-Keys one of the most respected producers in the music game.