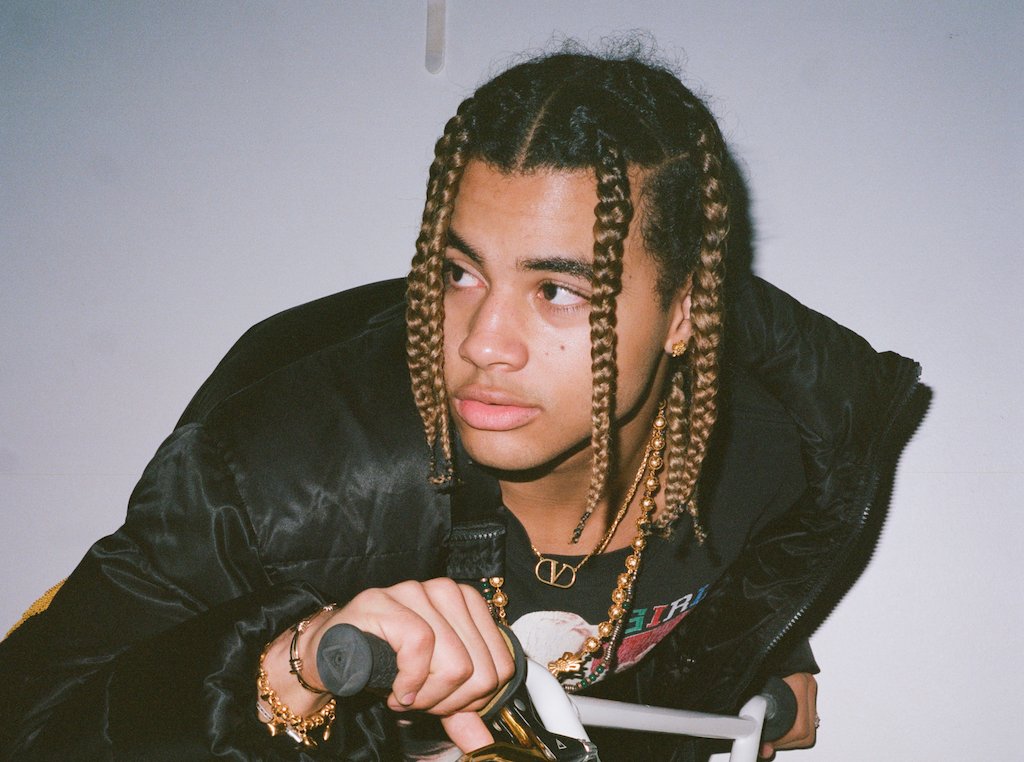 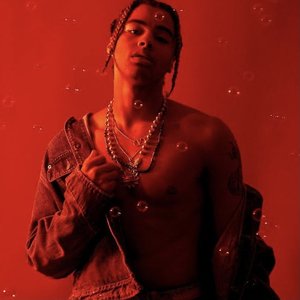 Golden Landis Von Jones (born November 13, 2000), known professionally as 24kGoldn, is an American rapper, singer, songwriter, and former child actor. He rose to fame with his 2019 single "Valentino", which peaked at number 92 on the Billboard Hot 100. It was certified platinum by the RIAA in April 2020. In July 2020, Golden released the single "Mood", featuring Puerto Rican rapper Iann Dior, which topped the Billboard Hot 100 and became the highest charting song of his career.

Golden's first music video, "Trappers Anthem", was released in 2017. In January 2019, he released the single "Valentino", which received over 100 million plays on Spotify. He received his first record deal through producer D. A. Doman. 24kGoldn got his big break through his 2019 "high-energy" single "Valentino". However, the rapper said in 2020 that "those were recorded over a year ago and don't exactly reflect the person I have become since then". Golden released his debut EP Dropped Outta College in November 2019, and he signed a record deal with Records, LLC and Columbia Records. In 2020, Golden gained further attention with single "City of Angels", which was officially released to US alternative radio on March 31, 2020; followed up in May 2020 with an official remix of the song by English singer-songwriter Yungblud. On May 20, 24kGoldn was featured on the remix of Olivia O'Brien's single "Josslyn".

On August 11, 2020, he was included on XXL's 2020 Freshman Class, placing in the 10th position after receiving the most fan votes. That same month, Golden's July 2020 single "Mood" featuring Iann Dior hit the charts due to its success on TikTok. It went on to peak at number one on the Billboard Hot 100.

24kGoldn's music ranges from a variety of genres, motivated by his need to "never want to be constricted by one genre". Regarding his style, he stated: "depending on what song you listen to, my music can be described different ways". He attributes his "maturity and development" to rapper Paypa Boy, who initially got him into recording music.

24kGoldn grew up in San Francisco, California and attended Lowell High School, a selective public school. As a child, 24kGoldn acted in commercials. Golden sang in the choir in middle school and high school, and, with that, the importance of music in his life grew with his "own growth". Before he realised he could do music professionally, he planned on becoming a hedge fund manager. Golden attended the University of Southern California where he joined the Beta-Sigma Chapter of Tau Kappa Epsilon fraternity, as a Spring 2019 initiate. He initially took a leave of absence from school to pursue his rap career. Golden stated that he was not anticipating "that things were going to happen so fast when I came to USC", and did not think he would finish University, but he wanted to round off the school year to further develop the relationships he made, stating his love for being on campus, and that being a student kept him "grounded".