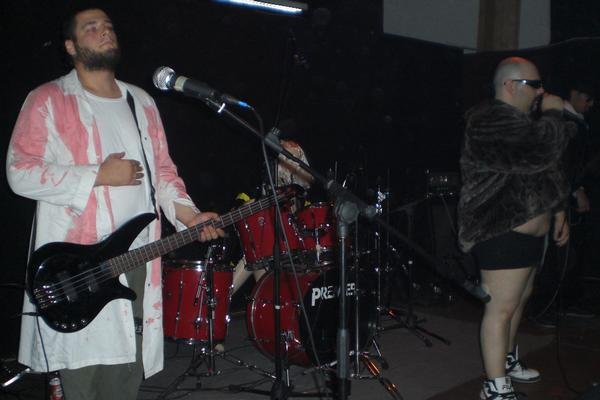 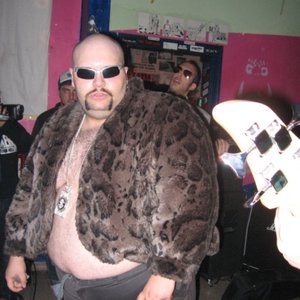 The band's path of obscenity starts in 2001, when the first 2 founders Jack Off and Wally-Ache meet up and decide to break the boredom of a barely existing italian grind scene. Starting a new grindcore project called "2 Minuta Dreka", as a tribute to the glorious 90's grindcore acts which influenced the band for the first 4 years of existence. Consolidating the line up with 2 new members, Enkigroar on guitar, and Cisco the Hellspawn on bass. The band started an enormous quantity of live sets staking everything on the extreme violent level of their exhibitions, like a shocking and never seen 300 - songs live show in 2003. Lots of raw tapes, "Rectal Mafia" (full tape - splits with, Pulmonary Fibrosis, Deche Charge, Vulgar Nausea, Anal Mayonnaise, Dogfight, and Atresia), and a vinyl split 7, with their friends Umigliazione (R.I.P.), were the only released records for the first half of 2 Minuta Dreka's career, due to several line up problems which almost killed the band. Annihilating it but in the end giving a chance of re-birth in 2005, the almost complete line up change, (leaving just the founder Jack Off, entering Err Doktor, Mr. Darkside of Geddafi, and Perpetual Divaricator) gave the band a chance to express all the latent sick and perverted attitude which everyone knowns nowdays, evolving into a porngrind band. The succes of this choice gave 2 Minuta Dreka a rich menu of great european tours "Italians Do It Better" (2007), "Mangiare la Merda È Ok" (2008), "Le Retour Des Stars D'Onanie" (2008), an unforgetable exhibiton at the Obscene Extreme Fest Stage in 2007. Some high level records, sharing vinyls with great legendary bands of the 90's, (Warsore, Carcass Grinder, Anal Massaker, Mixomatosis), and not last, a successful fist album called "Let's Start A Porn In The Name Of Gore", (Los Angeles's own Half Life Records 2006) already a cult in the worldwide underground network. 2009 have seen another line up change, entering Anal Jesus and Captain S. Cuntslaughter, which didn't stop the band to grow and become more sick and evil than ever, participating to several european festivals, Krastival Fest, Bloodshed Fest, Hell Over Tulln Fest, and September To Dismember Fest, touring europe for the 4th and 5th time "Europe '09: Extreme Pestilence", "When Pain Becomes Pleasure You Should Beg For Suffering", and releasing 2 new vinyl records (split 7 with Iron Butter, split 7 with Necrocannibalistic Vomitroium), for Grind Block Records in 2010. The band invaded Mexico with a 8 shows tour along with their great gore brothers Oxidised Razor, sharing their first split CD. The mexican experience of self abuse (tequilas, putas, marjuana, exc), didn't stop the pervert grinders, infact they unleashed one more record (split 7 with Lymphatic Phlegm) and appeared one more time at the Obscene Extreme Festival. They are now going to release some of the dirtiest and sleaziest thing you've never ever dreamed even in your unspeakable dreams, a split 12 picture with the gods of electrogore Nunwhore Commando 666, so stay tuned fuckers and write to Grind Block Records, to get some 2 Minuta Dreka's fucking stinky records!