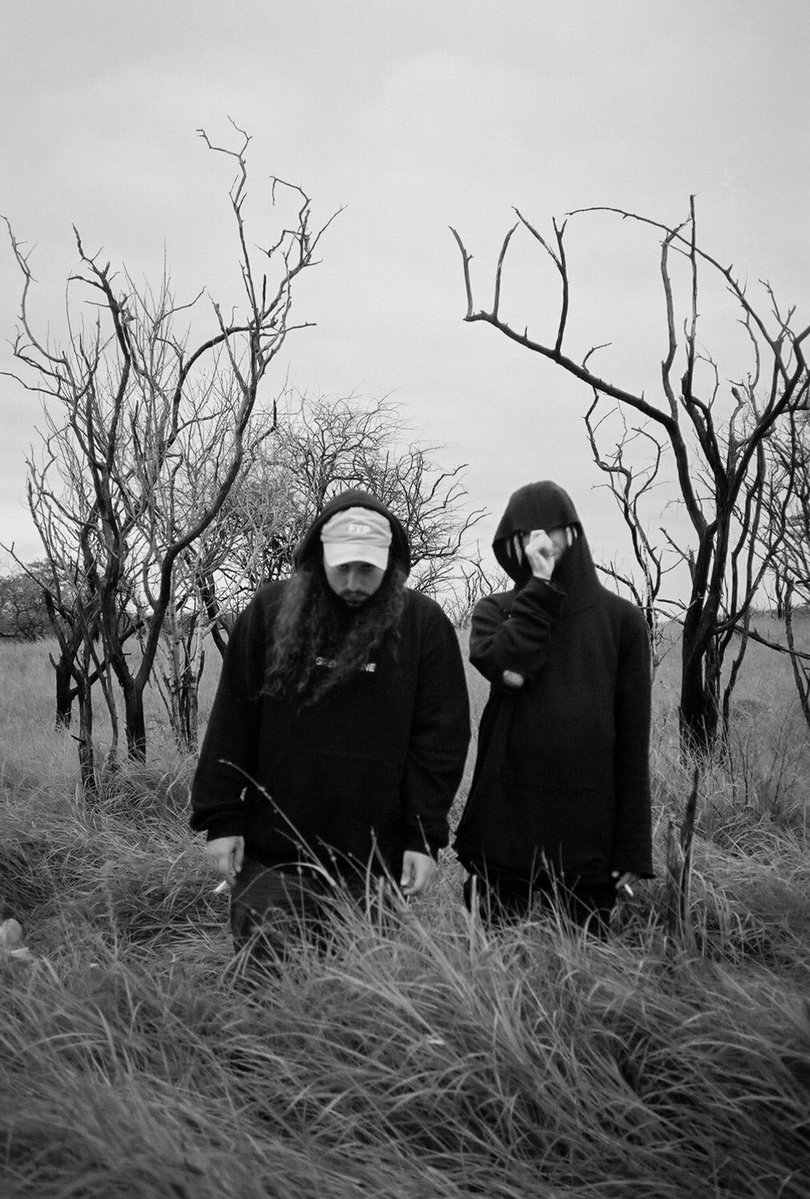 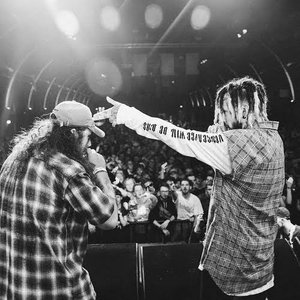 $uicideboy$ is an American hip hop duo from New Orleans, Louisiana, founded in 2014 by cousins Ruby da Cherry and $crim. Via the music sharing platform SoundCloud, the duo rose to popularity for their abrasive, self-produced beats, as well as their harsh lyrical content and themes prominently featuring substance use disorder and suicidal ideation. The duo are considered one of the most popular artists in the underground rap scene. They own and operate their own label, G*59 Records, under which all of their music is signed.

The music of $uicideBoy$ varies between different sub-genres of rap; while some songs have melancholy tones with lyrical content that focuses on subjects such as depression and suicidal ideation (topics not widely exposed in rap music), others are wildly aggressive, with themes of violence and sexual content. Some of their music is based around life growing up in New Orleans; song titles such as Audubon, Tulane, Elysian Fields and St. Bernard reflect streets and neighborhoods that influenced the life of Arceneaux and Petrou. A large portion of their music focuses on depression and its symptoms, an angle not often received in mainstream hip hop; Arceneaux elaborated on this in an interview with Mass Appeal, stating, “A lot of people take it as emo, or depressed music, or negative music… it’s really just connecting. It’s therapy, through music". Excluding occasional guest producers, the entirety of Suicideboys' discography is self-produced, mainly by Arceneaux under his pseudonym Budd Dwyer (an homage to the former politician of the same name).

$crim was born Scott Arceneaux Jr. on April 11, 1989 in Marrero, Louisiana. Arceneaux originally was inspired by T-Pain and Kanye West to produce music, buying his first laptop which he used to start DJing with money gained from selling drugs. Arceneaux's passion for DJing extended when he started to attend Delgado Community College, where he was hired to DJ parties. He also worked selling used furniture, getting fired for his new hand tattoos after three years.

Ruby da Cherry was born Aristos Petrou (Αρίστος Πέτρου) on April 22, 1990 to an American mother and Greek Cypriot father. Raised in Metairie, Louisiana, Petrou's interest in music began when he was seven, playing violin and then drums when he was ten, eventually joining bands in middle school. He worked at his father's restaurant as a waiter, a job he held until 2015. His experience with the punk rock scene continued as he joined the band Vapo-Rats as its drummer; however, disillusioned with the apathy his bandmates showed towards the future of the band, Petrou left in order to pursue a career in hip-hop with Arceneaux.

Arceneaux and Petrou are cousins, and as such shared a close relationship growing up. Realising that both were interested in taking a musical career seriously, and both dissatisfied with the direction of their lives, the two formed Suicideboys, making a pact that if their musical career didn’t work out, they would both commit suicide. Elaborating on this in an interview with Mass Appeal, Arceneaux states that, “it was pretty much like cutting the hand, bleeding, and making a pact that there’s no plan B, that if this doesn’t happen by the time we’re 30, I’m blowing my head off”.

The duo's first project together, a three-track EP named Kill Yourself Part I: The $uicide $aga, was released in June 2014 on SoundCloud and Bandcamp, attracting attention for their collaboration with notable underground rapper Bones. In the following months, the duo released a further nine iterations of the Kill Yourself series. After a number of collaboration EPs with fellow underground artist Black Smurf, their first full length project titled Gray/Grey was released on March 3, 2015.

Suicideboys' underground breakthrough came with the release of 2015 EP $outh $ide $uicide, a collaboration with established South Florida rapper Pouya, which thrust the duo into the underground rap spotlight. Other 2015 releases include 7th or St. Tammany, YUNGDEATHLILLIFE, High Tide in the Snake's Nest, Grey Sheep EP, I No Longer Fear The Razor Guarding My Heel (part I and II), My Liver Will Handle What My Heart Can't, Now The Moon's Rising and G.R.E.Y.G.O.D.S. with fellow g59 rapper RAMIREZ.

The duo's first foray onto the mainstream musical charts came with the release of Radical $uicide in the summer of 2016. The five-track EP, produced by EDM musician Getter, peaked at number 17 on the Billboard Rap charts. Other 2016 releases include Dark Side of the Clouds, Grey Sheep II, Eternal Grey, I No Longer Fear The Razor Guarding My Heel (part III), G.R.E.Y.G.O.D.S.I.I. with RAMIREZ, DIRTYNASTY$UICIDE with GERM, and Black $uicide Side C with Black Smurf.

In 2017 the boys released another 10 iterations of the Kill Yourself series, they also dropped DIRTIERNASTIER$UICIDE, with GERM.

On September 7, 2018, their debut studio album I Want to Die in New Orleans was released. A statement posted by the duo's official Instagram account stated, "We started recording this album in the beginning of 2017. Initially we wanted to write about our experiences on the road and express how our lives had become slightly more extravagant."

In late 2018, a rumor arose that the group had broken up following a series of ominous tweets. However, they soon clarified that the tweets were in relation to "personal issues" facing Arceneaux, and that they had in fact not broken up.