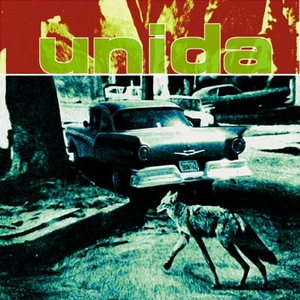 
Unida is an American stoner rock band that was formed after the dissolution of Kyuss and Slo Burn. The band originally consisted of John Garcia (vocals), Arthur Seay (guitar), Miguel Cancino (drums) and Dave Dinsmore (bass). Dinsmore was later replaced by Scott Reeder, who was in turn replaced by Eddie Plascencia. Paul Gray of Slipknot also played with the band as a touring bassist. In 1999, the band appeared on a split CD release with Swedish band Dozer. Show more ...