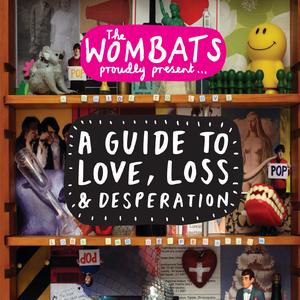 "Let's Dance to Joy Division" is a song by The Wombats and the second single taken from their second album A Guide to Love, Loss & Desperation. The song was available to download on 8 October 2007, and was physically released one week later. It is based on a drunken night when lead singer Matthew Murphy danced on a table with his girlfriend to "Love Will Tear Us Apart" by Joy Division. There is a hidden track on the 7" vinyl version of the single, when Tord Øverland-Knudsen sings the theme tune from children's television show Postman Pat in Norwegian. The song features on the BBC Three program "Scallywagga" as the theme tune.

There are two artists that share this name: 1) The Wombats are a three-piece indie band which formed in 2003 in Liverpool, England. The band consists of Matthew Murphy (vocals, guitar, keyboards), Tord Øverland Knudsen (bass, vocals) and Dan Haggis (drums, vocals). Murphy and Haggis are native Liverpudlians and Øverland-Knudsen is Norwegian. The members met while they were students at the Liverpool Institute for Performing Arts. The band has released two albums, "A Guide to Love, Loss & Desperation" (2007) and "This Modern Glitch" (2011). Show more ...