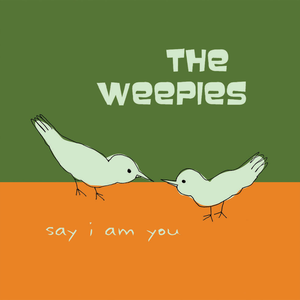 World Spins Madly On - The Weepies

Say I Am You folk indie acoustic Mellow greys anatomy


The Weepies is an American indie pop-folk duo of married singer-songwriters Deb Talan and Steve Tannen. The duo began making music together in Cambridge, Massachusetts, in 2001. In 2006, The Weepies big label debut Say I Am You came out on Nettwerk Records. After an initial hard-scrabble tour in their compact car as a duo, Deb Talan & Steve Tannen’s music appeared in more than a dozen TV shows, as well as several major motion pictures. Their iTunes sales topped the folk charts in eight countries. Show more ...

World Spins Madly On - The Weepies