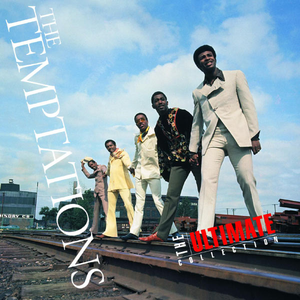 Get Ready - The Temptations


The Temptations may refer to at least two groups 1. The Temptations are an American Motown singing group whose repertoire has included doo-wop, soul, psychedelia, funk, disco, rnb, and adult contemporary. Formed in Detroit, Michigan in 1960 as The Elgins. The group, known for its finely tuned choreography, distinct harmonies, and stylish suits, has been said to be as influential to soul as The Beatles are to rock. Having sold an estimated 22 million albums by 1982 Show more ...

Get Ready - The Temptations

Smokey Robinson and The Miracles

1) The Temptations - The Way You Do the Things You Do
2) The Temptations - Ain't Too Proud to Beg
3) The Isley Brothers - This Old Heart Of Mine (Is Weak For You)
4) The Supremes - You Can't Hurry Love
5) The Supremes - Stop! In the Name of Love
6) Mary Wells - My Guy
7) The Contours - Do You Love Me
8) The Four Tops - I Can't Help Myself (Sugar Pie, Honey Bunch)
9) Marvin Gaye - I Heard It Through the Grapevine
10) The Four Tops - It's the Same Old Song
11) Marvin Gaye - How Sweet It Is (To Be Loved By You)
12) Jimmy Ruffin - What Becomes Of The Brokenhearted
13) Martha Reeves & The Vandellas - Dancing in the Street
14) Stevie Wonder - Uptight (Everything's Alright)
15) The Marvelettes - Please Mr. Postman
16) Martha Reeves & The Vandellas - Nowhere to Run
17) The Spinners - It's A Shame
18) The Elgins - Heaven Must Have Sent You
19) The Velvelettes - Needle In A Haystack
20) Jackie Wilson - (Your Love Keeps Lifting Me) Higher and Higher
21) Gladys Knight & The Pips - Midnight Train to Georgia
22) Arthur Conley - Sweet Soul Music
23) Jimmy Ruffin - What Becomes of the Broken Hearted
24) Otis Redding - (Sittin' On) The Dock of the Bay
25) Stevie Wonder - Signed, Sealed, Delivered I'm Yours