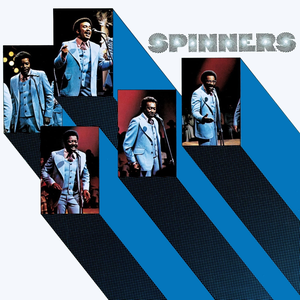 I'll Be Around - The Spinners

"I'll Be Around" is a song recorded by the American R&B vocal group The Spinners (known as "Detroit Spinners" in the UK). The song was co-written by Thom Bell and Phil Hurtt and produced by Bell. The lyrics of the song have the narrator (Spinners main lead singer Bobby Smith), pledging his devotion and love to a lover that has just left him for another while at the same time holding out hope that she or he will return to him ("There's always a chance, a tiny spark will remain/And sparks turn into flames/And love can burn once again..."). So, in case she or he changes her or his mind, he'll be around. The production of the song gives it a smooth, mid-tempo feel, with guitar at the forefront and punctuation from female background singers, horns, strings and conga-playing from Larry Washington. Bobby Smith handles lead vocals on the song. The song was included on the group's 1972 self-titled album on Atlantic Records, their first album release for the label. It was initially released as the B-side of the group's first single on Atlantic Records, with "How Could I Let You Get Away" being the A-side. Radio deejays, however, soon opted for "I'll Be Around" which led to Atlantic flipping the single over and the song became an unexpected hit, eventually spending five weeks at number one on the U.S. R&B chart (the group's first number-one on the R&B chart) and reaching number three on the U.S. Pop chart in the fall of 1972. It also reached sales of over one million copies, The Spinners' first record ever to do so. The success of "I'll Be Around" would be the first in a series of chart successes The Spinners and Bell would have together during the 1970s.

There have been at least three groups called The Spinners: 1. a soul group, 2. a 1960s folk group and 3. a Turkish female punk band. 1. A soul group of the early '70s, creating a body of work that defined the lush, seductive sound of Philly soul. In the UK they were known as "The Detroit Spinners" to avoid confusion with British band The Spinners. The band's roots lay in Detroit, where they formed as a doo wop group during the late '50s. Throughout the '60s, the Spinners tried to land a hit by adapting to the shifting fashions of R&B and pop. Show more ...

I'll Be Around - The Spinners