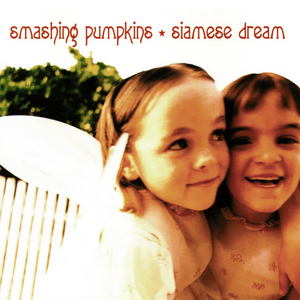 The second single from the second album Siamese Dream, 'Today' was the Smashing Pumpkins' breakthrough single. Despite only reaching 44 in the US mainstream chart and 28 in the UK, constant airplay and repeated rotation on MTV has made it one of the most recognisable songs of the 90s. Underneath the melody and seemingly carefree lyrics is a darker tale of Corgan's struggle with depression during the recording of 'Siamese Dream'. As he told Rolling Stone in October, 1993, "I didn't want to go outside. I was eating like a pig and I was gaining weight. I couldn't write songs. I definitely couldn't play with the band without losing my temper. I just lost whatever it is that keeps you sane everyday... I was really suicidal... I just thought it was funny to write a song that said today is the greatest day of your life because it can't get any worse."

The Smashing Pumpkins are an alternative rock band, formed in Chicago, Illinois, USA, in 1988. Billy Corgan and James Iha met in a record store, and began performing in local nightclubs with their bassist, D'arcy Wretzky, using a drum machine. Playing with a drum machine frustrated both the band and their audience, and so Chicago jazz drummer Jimmy Chamberlin was hired soon afterwards. Less influenced by punk than many of their contemporaries, the Pumpkins had a densely layered Show more ...