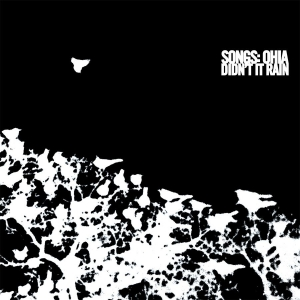 
Songs: Ohia was largely a solo project for singer-songwriter Jason Molina (December 30, 1973 – March 16, 2013). Critics and fans alike have found considerable difficulty in trying to define the band's sound, usually settling on more general labels such as indie rock and folk-rock. Most are quick to draw comparisons to Neil Young and Will Oldham, (the latter of which Molina has collaborated with, alongside Alasdair Roberts, as the Amalgamated Sons of Rest). Molina died aged 39 on March 16, 2013, in Indianapolis as a result of alcohol abuse-related organ failure. Henry Owings, a friend of the musician, published an article on his online music magazine Chunklet that said Molina had struggled with alcoholism for most of the decade leading up to his death. Molina was born in Lorain, Ohio and attended Oberlin College. After playing bass guitar in various heavy metal bands in and around Cleveland, Ohio, Molina made the decision to become a solo artist, recruiting other musicians as needed. He made several home recordings under various names, including Songs: Albian, Songs: Radix, and Songs: Unitas, which he distributed himself at live performances. Molina's first release under the Songs: Ohia moniker came in 1996 as a single on Palace Records, Nor Cease Thou Never Now. This was followed by the 1997 full-length album Songs: Ohia (known among fans as the Black Album), released on the Bloomington, Indiana-based label Secretly Canadian, the label on which Molina has remained since. Though the band is still virtually unknown in the mainstream, 2002's Didn't It Rain garnered widespread critical acclaim with the indie community throughout the United States, and is arguably the group's most popular album. He also released Axxess and Ace and The Ghost both in 1999. 2000 saw the release of the "passionate" album The Lioness and the very sparse Ghost Tropic. The release of Magnolia Electric Co. in 2003 marked a shift in direction for Songs: Ohia. Several major differences set this album apart from previous Songs: Ohia releases. Firstly, the album, recorded with renowned producer/engineer Steve Albini, is the most upbeat and straightforward rock album in the Songs: Ohia catalogue. Every song was recorded live in the studio with a full band. The album's sound draws heavily from the Southern rock and folk-rock of the 1960s and 70s, as well as, to some degree, Molina's heavy metal roots (British metal pioneers Black Sabbath are often cited as one of Jason Molina's biggest influences). For the first time, Magnolia Electric Co. sees Molina relinquishing vocal duties on two of the eight tracks; Lawrence Peters lends his voice to "The Old Black Hen", while fellow Secretly Canadian artist Scout Niblett takes over on "Peoria Lunch Box Blues" (both songs were written by Molina). From 2003 on Molina buried the moniker Songs: Ohia, to go on under the name Magnolia Electric Co. which he used he for his full band records up until his death. Jason Molina died March 16th 2013 of natural causes at age 39. http://www.last.fm/music/Magnolia+Electric+Co./+wiki Show more ...