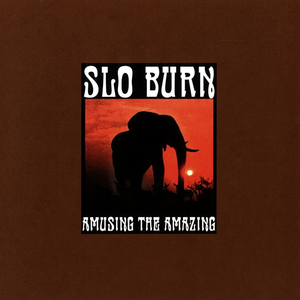 
Slo Burn was a short-lived stoner rock band active during 1996 and 1997. The band was formed by John Garcia of the influential stoner rock band Kyuss, which had split up months previously. Garcia was joined by Chris Hale on electric guitar, Damon Garrison on bass guitar and Brady Houghton on drums. In 1996 the band distributed a five song demotape, and in April 1997 released an EP entitled Amusing the Amazing through the record label Malicious Vinyl. Show more ...