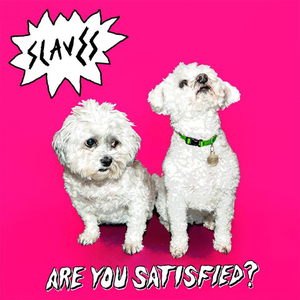 
Slaves refers to more than one artist: 1) Slaves are a two piece lo-fi garage band from Kent, signed to the Virgin EMI label. Isaac Holman (Vocals, Drums) and Laurie Vincent (Guitar, Vocals) released their debut mini-album "Sugar coated bitter truth" through Girl Fight Records in July 2012. Where's Your Car Debbie?, Hey and The Hunter, were all released in 2014. "ARE YOU SATISFIED?", the duo's first full length album, was released in June 2015, preceded by the three track 7" Feed The Mantaray in February. Show more ...

Too Close To Touch