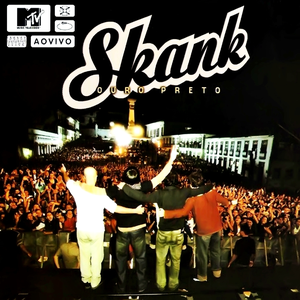 
Skank is a pop/rock/reggae band in Brazil. The band started 1991, in Belo Horizonte, Minas Gerais. The debut album, Skank (1993), was successful around the underground circuit. The second album, "Calango", came out in 1994 . “É Proibido Fumar”, “Te Ver”, “Pacato Cidadão”, “Jackie Teckila” and “Esmola” were the biggest hits. In 1996, “Garota Nacional”, the single of "O Samba Poconé" gave Skank international success. The band travelled around the world, performing in Latin America, United States and Europe. Show more ...