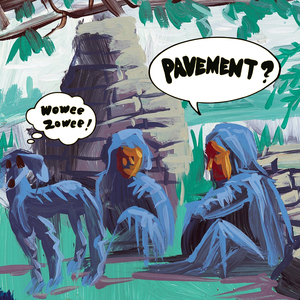 
Pavement are an American indie rock band that formed in Stockton, California in 1989. For most of the period to 1999, the band consisted of Stephen Malkmus (vocals, guitar), Scott "Spiral Stairs" Kannberg (guitar, vocals), Mark Ibold (bass), Steve West (drums) and Bob Nastanovich (percussion, vocals). During that period, and since, they have frequently been described as one of the most influential bands to emerge from the American underground of the '90s. Show more ...

Stephen Malkmus and the Jicks