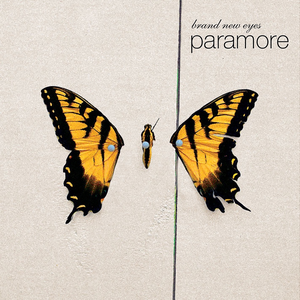 The Only Exception - Paramore

The third single from Paramore's third album, Brand New Eyes. This soulful acoustic number is a heartfelt song about love. (Source The Only Exception Songfacts) Frontwoman and lyricist Hayley Williams told Kerrang! May 9, 2009, that it's "the first time I've been able to write a song about that." She added: "Josh (Farro - guitar) brought me the music and I thought it was so beautiful. I don't know where my head was at when I heard it, but it really hit me. Josh and I wanted to write a two-minute interlude, just guitar and vocals. It's such a departure from our other songs. When I wrote the lyrics and sang them to the band, we decided to make it into a full song. I've never written lyrics like this before. The first verse is about where I think the fear to be open or vulnerable started. Ever since the first story in Kerrang!, everyone has known about my family issues and domestic whatever, it's something that's kinda stayed with me and I've learned from. I played this song to my mom and there were tears. It was kind of embarrassing."

Paramore is an American Grammy-award winning rock band formed in Franklin, Tennessee, United States in 2004. The band currently consists of Hayley Williams (vocals), Taylor York (guitar) and Zac Farro (drums). They have released five studio albums: All We Know Is Falling (2005), RIOT! (2007), Brand New Eyes (2009), their first Billboard 200 chart topper Paramore (2013), and After Laughter (2017). Paramore, as a quartet, released their debut studio album, All We Know Is Falling, in 2005. Show more ...

The Only Exception - Paramore