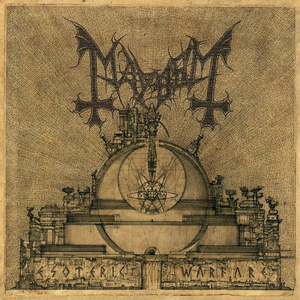 
There are multiple artists named Mayhem: 1) A Norwegian black metal band. 2) An electronica producer from USA. 3) A hardcore punk band from UK. 4) A Japanese black metal band. 5) A Hungarian thrash metal band. 1) Mayhem is a black metal band from Oslo, Norway which was originally formed in 1983, taking strong influence especially from Hellhammer/Celtic Frost, Venom and from earlier Bathory. The name "Mayhem" was taken from the title of the Venom song "Mayhem with Mercy". Show more ...