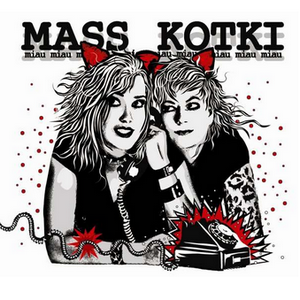 
Mass Kotki, consisting of Lady Electra (vocals/DJ) and Katiusza (bass guitar), were an electro punk band from Poland. They were founded in 2003. They released two studio albums "Chodź zobaczyć" and "Miau Miau Miau" (2005 and 2008 respectively). The band has broken up in September 2010. Show more ...